Fans Shocked After Blake Shelton Gets Caught Doing THIS

Blake Shelton has done a couple of good turns lately[1] that actually surprised me. When Tropical Storm Bill hit us here in Oklahoma, Shelton pulled a guy out of flood waters and took him home. That was heroic all in itself and to Shelton’s credit he didn’t make a big deal of it. This last week he pulled three other guys out of a mud hole. He gave them a ride and went and got his tractor to pull them out. That’s the mark of a good guy. His romantic life is questionable, but what isn’t is the fact that he cares about other people. Not just the rich and famous, but every day people out there. For that the guy is a hero in my book. I don’t watch The Voice, but I’m suddenly a fan. 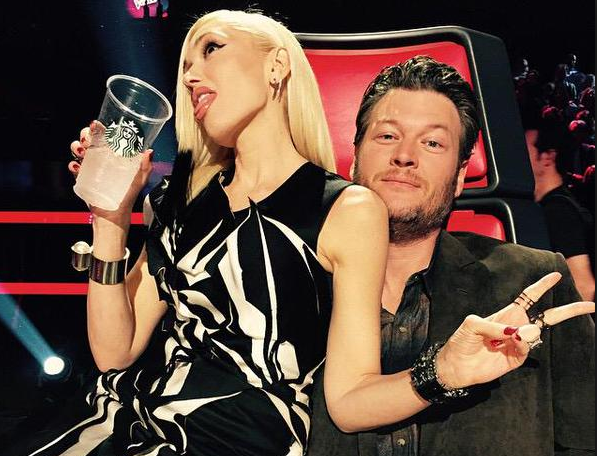 The country singer reportedly rescued four men stuck in the mud near a river[3] while out in Ardmore, Oklahoma on Friday. In an interview with Entertainment Tonight[4], one of the men, named Bryar Blanton, shared his story.

“Me and my buddies [Lenyell Blanton, Josh Turner and Adrian Poplinwere] were checking out the river, when some of my buddies slid into a big mudhole and got stuck for about two hours,”said Blanton to ET[5]. “Me and Adrian started walking down the road and Blake and his dog, Betty, stopped and picked us up in his truck.”

After Shelton had trouble getting the Blanton’s friends out of the mud, Blanton told ET that the country singer came back with his tractor[6] and got them out. 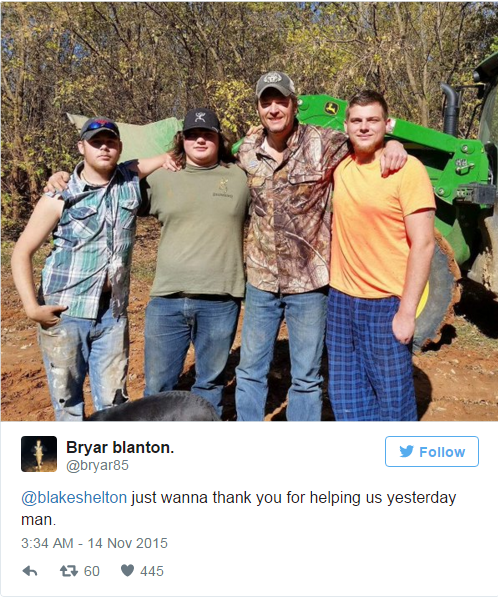 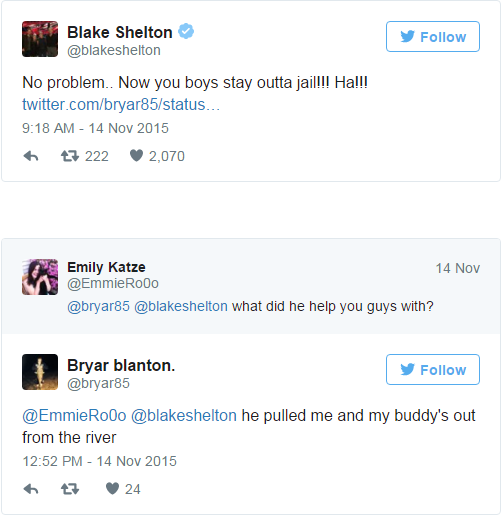 Hartman says that Shelton got out his tow ropes and took him home, where he got a picture with the country singer. 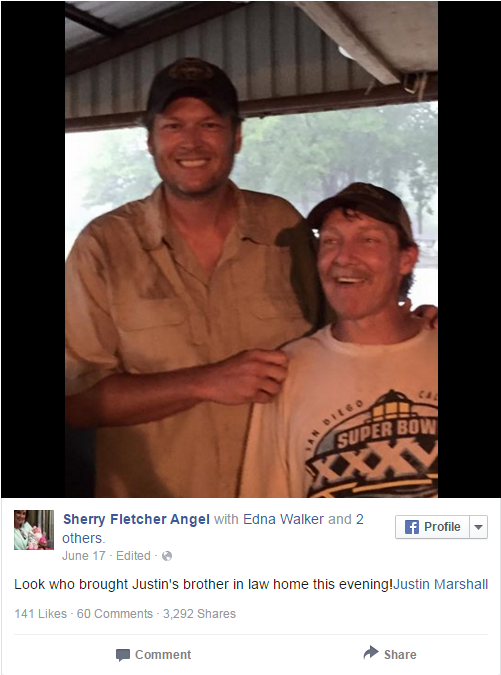 Seems like Shelton has a knack for being in the right place at the right time.

Looking at Shelton, I wouldn’t pick him out of crowd as a famous country singer. He’s just down to earth normal. Bonus points for Shelton being a hunter with a bow as well. We tend to forget that stars are mostly like the rest of us. They have looks and talent usually and some are wealthy, but they do a lot of the same things we do. Oklahomans are good people and they go out of their way to help others. Blake Shelton is a good example of that. He didn’t have to help those boys. They could have sat there for many hours if Shelton hadn’t pulled them out of that mud hole. Not only did Shelton achieve hero and good guy status, his fan base is growing all the time.