This dad punches the crap out of two girls[1] attacking his daughter. Tell me you wouldn’t do the same if a pack of thugs were beating on your child. I know I would. They attacked the father as well, ripping his clothes. So, not only was he protecting his daughter, he was protecting himself. The moronic girl recording the event kept going on how he was an adult beating on children. Well, those children were the size of adults and viciously attacking his daughter. Would you have him stand there when they wouldn’t get off her and watch her beaten to death because they were so-called ‘children?’ Sorry, this time, I stand with the dad. Those girls got exactly what they had coming. 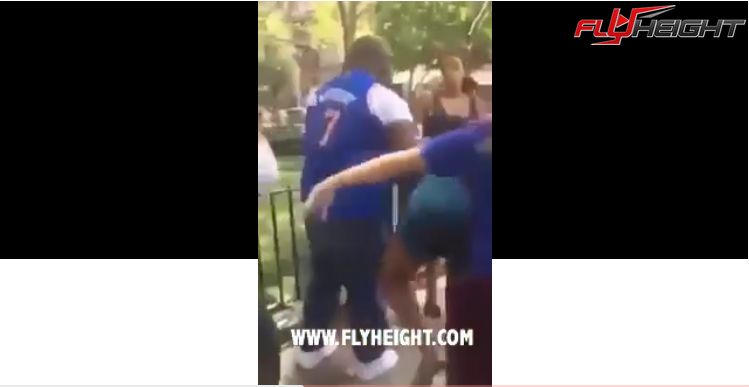