Former FBI Counterterrorism Agent John Guandolo[1] is not pulling his punches. He has come out and bluntly said that we have received zero, zilch, nada help from the Muslim community since 9/11. They make sounds that they are doing something, but it’s not real. Instead the vast majority of US mosques and Islamic centers are part of a “Jihadi network.” If you look at the Islamic organizations in the United States and dig just a little, you will see most of them have ties to the Muslim Brotherhood. They are terrorists and Obama has invited them into the White House and is taking counsel from them. They are the ones dictating that all of our counterterrorism policies and measures be rejected and that the fault of 9/11 and terrorism is our fault, not radical Islam’s. As Breitbart News reported, Los Angeles CAIR director Hussam Ayloush said last week just days after the San Bernardino terrorist attacks that America is “partly responsible” for the San Bernardino terrorist attacks because “some of our foreign policy” is “fueling extremism.” 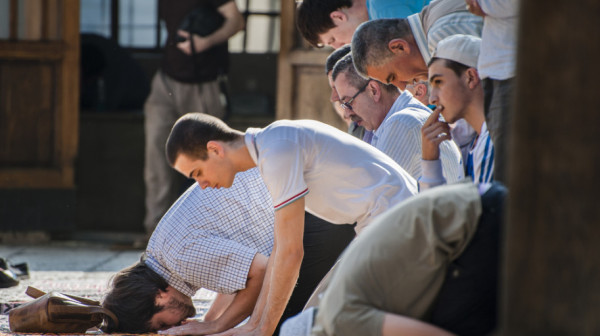 He also noted that America’s efforts to root out terrorism are hamstrung by the advice that Obama administration officials swallow from top Islamic leaders, who are all aligned with the Muslim Brotherhood.

Muslim community leaders “certainly give the air as if they are helping,” based on the “major Islamic organizations, the major Islamic centers in the United States,” he said. However, they also “condemned all of the counter-terrorism policies and they’ve gotten the government to kowtow to them, to turn only to them for advice.”

He said it will be nearly impossible to successfully combat terrorists “so long as the U.S. government…emboldens and empowers Muslim Brotherhood organizations here.”

“If you expect FBI and others to aggressively pursue them, it’s not going to happen because our leaders — President, Secretary of State, national security advisers, generals at the Pentagon—are turning to their advisers who, in fact, are Muslim Brotherhood leaders to say what should we and what shouldn’t we do,” he said.

“And what advice do they give them?” Guandolo said. “That Islam doesn’t stand for this and that everything you’re doing is the reason for what happened—9/11 is your fault because of your policies.”

They endure despite terrorist fears because “if you even hint at shutting them down, then you’re immediately a racist or an Islamophobe,” he said.

Guandolo is not so sure it is a good idea to work with the Muslim community on all this. But he did say that “if you are going to work with the Muslim community, the US government” should not be “exclusively working with Hamas, Muslim Brotherhood entities without exception” as it is doing now. Guandolo named the Muslim Public Affairs Council, the Islamic Society of North America, the Council on American Islamic Relations (CAIR) and the Muslim American Society. “Those are who they’re working with and others that are Muslim Brotherhood or ideologically directly aligned with the Muslim Brotherhood,” he added, pointing out that Attorney General Loretta Lynch spoke at the Muslim Advocates last Thursday. Guandolo said Homeland Security Secretary Jeh Johnson is speaking about Muslim civil rights on Monday evening at The Adams Center in Sterling, Virginia, which is associated with the Islamic Society of North America (ISNA). He said evidence presented at the Holy Land terrorism-funding trial revealed that ISNA is “the nucleus of the Muslim Brotherhood here” and “directly funds Hamas leaders and organizations overseas.” He also pointed out that the Holy Land Foundation, the largest Islamic charity in America, was a “Hamas organization at the time it was indicted and Hamas is an inherent part of the Muslim Brotherhood.” Guandolo said “it gets down to the local ground level where our behavior becomes insane and we do things like” tell FBI agents to take their socks off while arresting people at mosques so “you’re arresting somebody in your socks. It’s not only insane but there’s an officer-safety issue as well.” He added there was absolutely “no real logic about what happened in San Bernardino” when the FBI allowed the media to rummage through the home of the San Bernardino terrorists and said “this kind of mindset” entered the FBI because of Muslim leaders who are advising the federal government on Islam and terrorism. He says there is an Islamic network in the US that was not just established by random Muslims coming here. I absolutely agree.