The police must have some compelling evidence[1] to charge the fiancee with 2nd Degree Murder. The authorities so far are not saying what evidence they have of this, but she is being held with no bail. As they were kayaking on the Hudson River, Graswald claims that due to rough waters and high winds, her fiancee’s kayak flipped and she could not get to him in time before he went under and was swept away, presumably drowning. But there are problems with her story. In her diary, she wrote that she wished he was dead because he liked rough sex and wanted her to have threesomes with him. Then there is the fact that she had a life jacket on and he did not. They have also not found his body. Sounds like she didn’t commit the perfect crime and then got caught. 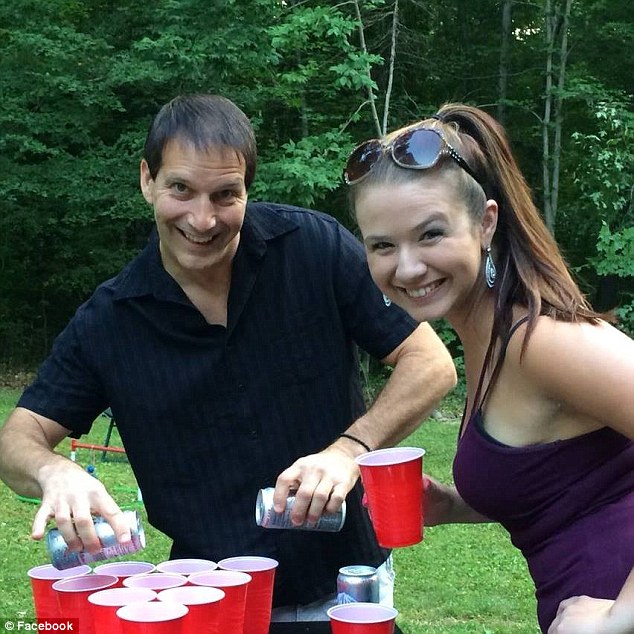 Happy couple: Viafore was kayaking with Graswald on the Hudson River April 19
when his vessel flipped over and he went under. 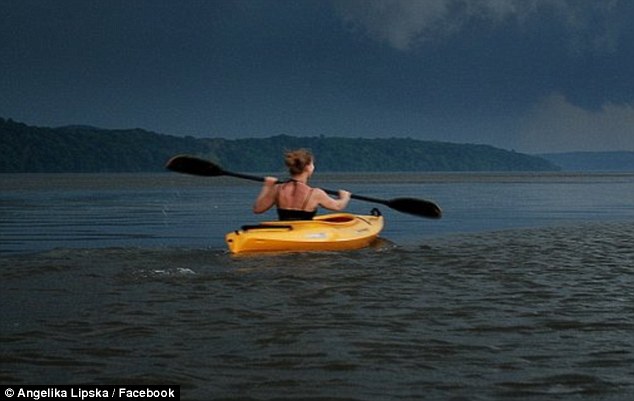 Brazen: About four days after Viafore’s disappearance, Graswald posted this image
of her kayaking, accompanied by the caption: ‘If only I could have paddled harder, dammit…’

A New York woman charged with murdering her fiance during a kayak trip sat down for an emotional interview with a local TV station a week before her arrest, tearfully describing how the man she loved drowned before her eyes.

Angelika Graswald, 35, was arrested Thursday and charged with second-degree murder in the death of her 46-year-old groom-to-be, Vincent Viafore, who went missing in mid-April after his kayak capsized in the Hudson River.

On April 23, Graswald spoke to News 12 Westchester at her and Viafore’s home in Pougkeepsie, recounting the final moments before her groom-to-be went under.

‘I saw him struggling a little bit,’ she recalled. ‘He was trying to figure out how to paddle the waves. And then I just saw him flip, right in front of me.’

By all accounts, Mr Viafore was very athletic and loved water sports, but he was not wearing a life preserve that night and Graswald said there was nothing she could to save him.

They maintained eye contact as Graswald urged him to ‘just hold on,’ she said in the interview.

A week later, police arrested the Eastern European divorcee on Bannerman’s Island in the Hudson – a picturesque spot famous for its crumbling castle.

Speaking exclusively with News 12 Westchester[2] Thursday from the Orange County Jail, Graswald insisted that the accusations against her were baseless.

According to the suspect, police have misinterpreted the entries in her diary, which they have come upon while investigating Viafore’s disappearance on April 19.

In the woman’s personal journal, Graswald allegedly detailed how her fiance, who was 11 years her senior, enjoyed rough sex and was pressuring her into having threesomes.

The 35-year-old bride-to-be confided to her diary that her fiance’s eccentric sexual proclivities at times made her wish he was dead.

But Graswald pointed out Thursday that she and Viafore were very much in love, and that her harsh words about the man were written during low points in their relationship.

Troopers have said Viafore was kayaking with Graswald on the Hudson River on the evening of April 19 when his vessel flipped over near the town of Cornwall-On-Hudson.

Graswald called 911 telling the dispatcher she had fallen out of her own kayak. She was later picked up by a boater. Police have yet to find Viafore’s body.

The complaint states that rough waters combined with strong winds caused Viafore’s kayak to overturn. The man was not wearing a life jacket at the time, but his fiancee was.

Authorities did not specify what led them to conclude that Graswald was responsible for her fiance’s death, only saying that she has made conflicting statements implicating herself in the crime.

Graswald was arraigned Thursday and ordered held without bail at the Orange County Jail with no bail. She is due back in court May 5.

Addressing the inconsistencies in her version of events noted by police, Graswald said from jail that she had been unconscious for much of the time the night of the kayak accident.

The couple, who had been together for about two years, were kayaking on the Hudson River between Plum Point and Bannerman’s Island at around 7.30pm April 19 when Viafore’s vessel overturned, sending him into the frigid water.

Initially, police believed that Graswald tried to help her fiance and fell into the water. She was eventually scooped up by a passing boat and called 911 after reaching land to report Viafore missing.

The 35-year-old was taken to hospital and treated for hypothermia but her fiance has not been found.

Who goes kayaking in such rough conditions? Especially without a life jacket. Something is very off here. Graswald’s demeanor has also been far too flippant and carefree since her fiancee’s death. Her story is full of holes and really does not make sense. Add to that she has been changing her version of her story according to the cops. Criminals almost always trip themselves up and give themselves away. She probably killed him and he probably never saw it coming. She wanted to be free of him and play the victim… now she gets to wear orange and play the felon. A fitting part for a wonton murderess.