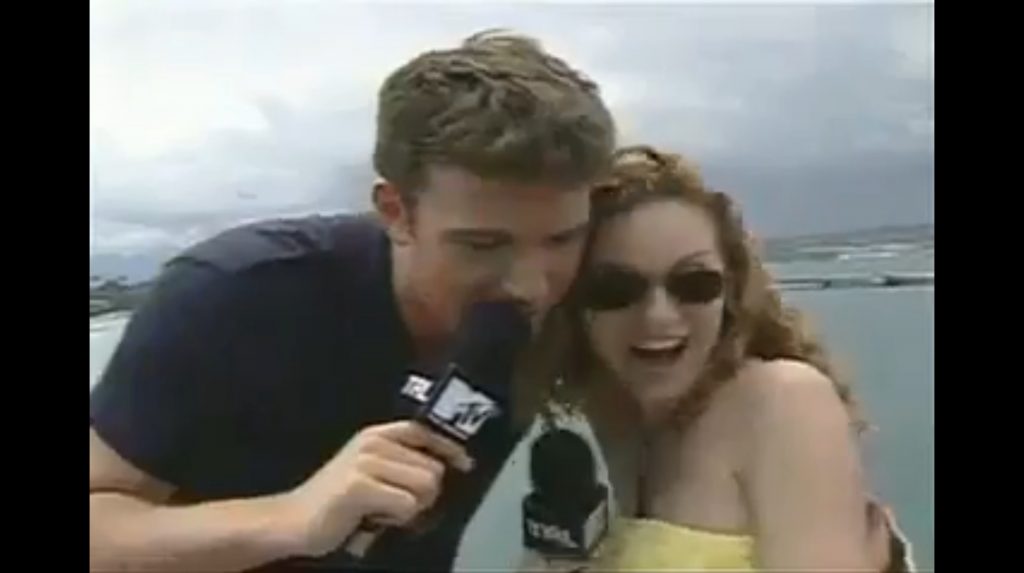 With the revelation that Harvey Weinstein is a well known pervert and serial sexual harasser of women in Hollywood, women who have been in the limelight in years past are having their stories brought back into the news cycle. Most of us are not involved in the world of Hollywood or pay much attention to it, so lots of the stories that are now making headlines were either long forgotten or ignored completely.

Actress Burton, now 35, worked on One Tree Hill, Grey’s Anatomy and was a host for MTV’s Total Request Live. It was on the MTV show, where she started working at the age of 18, that she met Ben Affleck.

Burton was 21 at the time of the incident, the 31 year-old Ben Affleck asked her: “How old are you, 19?” When the incident was brought up on Twitter, Burton herself commented that she “didn’t forget” about the harassment. In a video below it’s clear that she’s been talking about this for a long time, but it sounds like she has been ignored by the entertainment media until now.

She also said in a tweet that she “had to laugh back then so [she] wouldn’t cry.”

In an interview posted below, Burton explained that you can see on her face when he “wraps his arm around [her] and comes over and tweaks my left boob.” The other speaker in the video below is a female producer who says she “didn’t know what happened,” but recognized she had a noticeable reaction to it. 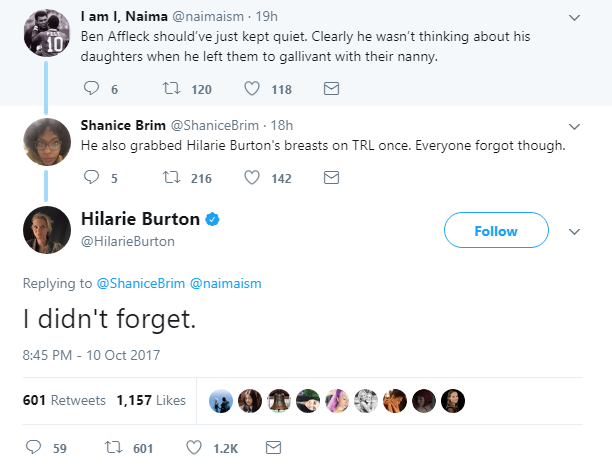 Affleck has recently come out condemning his friend Harvey Weinstein[3], saying he was “saddened and angry” about the claims, calling the stories from the women who have come forward “sickening.” It wasn’t long until actress and Weinstein accuser Rose McGowan popped up on Twitter to call Affleck a liar.

We just recently learned that Matt Damon (famously, the Hollywood BFF of Ben Affleck) and Russell Crowe were responsible for pressuring the New York Times to kill a story on Harvey Weinstein back in 2004. Damon and Crowe called up the reporter and vouched for the good character of a man who was procuring prostitutes for Harvey’s use. The story never made it to print.

This video was just posted today, but the video includes an older interview with Burton, showing Affleck get in close with her. Burton is wearing a bright yellow bandeau dress to match the nice weather: