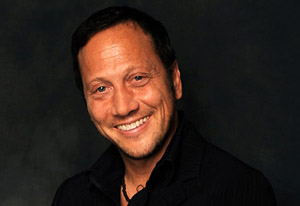 It’s hard to believe that a: former: SNL cast member would have: a semi-conservative worldview, but that’s exactly what comedian Rob Schneider espoused in a: recent interview.:

Schneider struck on ominous tone when discussing the path he sees the country on.

“Democracies don’t end well. We are sliding very fast towards fascism. It’s an ugly kind of thing. There’s this kind of mob mentality that we have to be careful of,” he said.

He believes comedians are pressured toward one side of the political spectrum.

“There’s a polarization that’s happening…I do think you look can look at government and go, ‘Wow, it is out of control now,’ and if you do criticize or tend to be not directly along a liberal stand, you can get murdered,” Schneider commented.

Schneider was very critical of the President’s handling of the economy and he feels certain policies are impacting businesses.

“There’s not one segment of business under the Obama administration that hasn’t been hurt…he attacks for-profit schools, which is totally an elitist thing from a guy that went to Harvard. I think for free, by the way,” Schneider said.

He was also critical of the media for being overly influenced by the government and not standing up for the American people.

“We don’t really have freedom of the press. It’s owned by about eight different companies, and it doesn’t really express or help the average American,” Schneider stated.

There is no question that Democrats and the Obama Administration have worked to: create both class conflict, and race conflict. Both of these elements are rooted in fascism, and Marxism so Schneider is right on in his assessment. It would be: nice if more Hollywood types opened their eyes and used their voices to speak truth about what’s happening to our great country.: