Freddie Gray has tested positive for HEROIN and POT, and cops saw him DEALING DRUGS! [Video]

Well, color me surprised… not. I predicted that with his rap sheet, Freddie Gray was dealing drugs[1] and that he was hyped on them when he was in that van. I also feel it is very possible that the damage that was done to his spine was self-inflicted, which the other perp in the van has said was the case and has now retracted due to pressure and threats. What’s even sadder here is that the police so distrust the Baltimore government, that they won’t come out in public to say these things and have to anonymously tell the public what is going on. Probably out of fear of retribution and I don’t blame him. So, they are throwing the book at good cops because a drug dealer got high, got arrested and caused his own death probably. They are political prisoners to a Progressive, racist agenda. 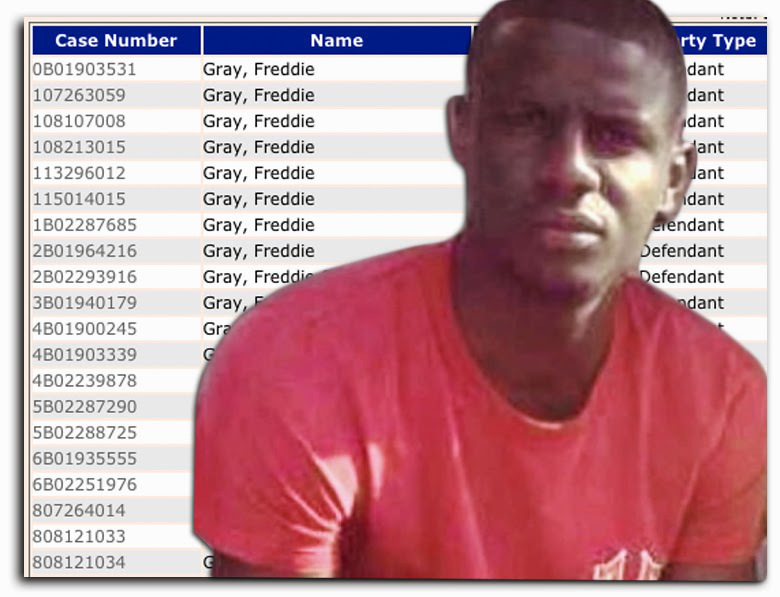 Sean Hannity interviewed someone identifying himself as a Baltimore cop who says the preliminary toxicology report on Freddie Gray tested positive for heroin and marijuana. Further, contrary to early reports, the cop says that he was observed in a possible drug deal before the cops tried to apprehend him.

The cop was anonymous throughout the interview, signalling that the cops have absolutely no trust in the Baltimore city government.

These cops are being railroaded – they are being offered up as sacrificial lambs to justify the nationalization of our police forces. Utterly predictable. It is a sad, sad day when the cops fear the government. As the riots are spreading across the nation and thousands are coming out in the streets, America is now on fire and the American Spring has kicked into high gear. Cops are being confronted in the streets now. It’s beyond ridiculous that a known drug dealer and drug user is now being touted as an innocent martyr. The officers never touched him – they didn’t belt him in which may be a form of minor neglect, but come on! This is a total set up.