Germany is in big trouble.[1] Angela Merkel has been playing the part of an elitist communist and welcoming in millions of migrant invaders into her country. At the expense of her people, her economy and her sovereignty. She’s about to reap the whirlwind over this. Many Germans are calling her a traitor and saying she should be removed from office. As crime grows, the protests and calls for her head will intensify. Chaos and anarchy reign now in Germany and will spread to other parts of Europe. The people will fight her and she will try to use the military to control the masses. She believes that demographically, Muslims are the answer to Germany’s woes. More people mean more taxes and money. Unfortunately, that doesn’t do you a lot of good if you are dead and so are your fellow countrymen. 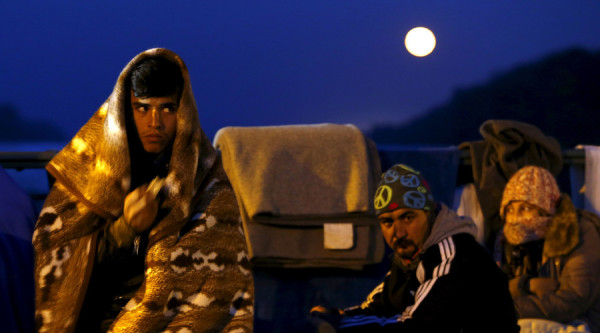 Migrants wait on the bridge at the Austrian-German border between Braunau and Simbach at lake Inn near Passau, Germany, October 27, 2015. © Michaela Rehle / Reuters

Germany now is somewhere at the edge of anarchy and sliding towards civil war, or to become a banana republic without any government, says Hansjoerg Mueller of the Alternative for Germany party.

Bavarian official Peter Dreier called German Chancellor Angela Merkel to tell her personally that if Germany welcomes a million refugees, his town of Landshut will only take in around 1,800. Any extra will be put on buses and sent to her Chancellery in Berlin.

RT: He says he’s going to send them to Berlin, but does he have the power?

Hansjoerg Mueller: The person who wants to send them to Berlin is Mr. Dreier. He is the district head of Landshut, a town close to Munich. Usually he does not have the power, but we are not living in usual times. What we are now looking at is more and more Germany sliding towards anarchy. In this situation I think less and less is determined by law, more and more is determined by who acts. And the person who acts in fact has the power. So if he sends … refugees to Berlin, he sends them!

HM: I hope so, because Germany now is somewhere at the edge of anarchy and sliding towards civil war, or to become a banana republic without any government. I hope that this threat will have some effect, but knowing the psychological things that Merkel does all these days – I don’t believe in it, unfortunately.

RT: Do you think Bavaria will be the only region that says something like this, or do you expect other regions to follow?

HM: Yes, of course, Bavaria is the first region because we are affected the most – we are living on the border to Austria where the influx of refugees stems from. But the second regions of Germany where this happens are Saxony and Thuringia. First of all, they have also borders to the Czech Republic, that’s the first reason. And the second reason is that in former Eastern Germany people are still aware of what it is living in a dictatorship. They are feeling quite well that our so-called democracy is sliding more and more towards a totalitarian state. This is my personal explanation why… the demonstrations in Thuringia and in Saxony are so fierce in their movements.

RT: Only allowing 1,800 desperate refugees to stay when more than a million are expected nationally, doesn’t seem all that fair does it. Surely the region should do its bit?

HM: No, this number of 1,800 refugees does not affect only Bavaria. Bavaria can take much more. It affects only the district around the town of Landshut, and the town of Landshut has more or less 50,000 inhabitants and having nearly 2,000 refugees to meddle with the original population – this is quite a big burden. So Bavaria can take more, but not towns like Landshut.

Germany is sliding into civil war, but Merkel is doubling down. Does she really think this will end well? I don’t see how. There is massive crime in the streets from these invading hordes… rape, theft, violence and disease follow in their wake. She is having people thrown out of their homes so these intruders will have a place to stay. People are losing their jobs so Muslim immigrants can have them. That is a recipe for hate and resentment. It is the prelude to war and it is coming. That’s okay… civil war is only the beginning. All of Europe and in fact, the world, are about to experience World War III up close and personal. 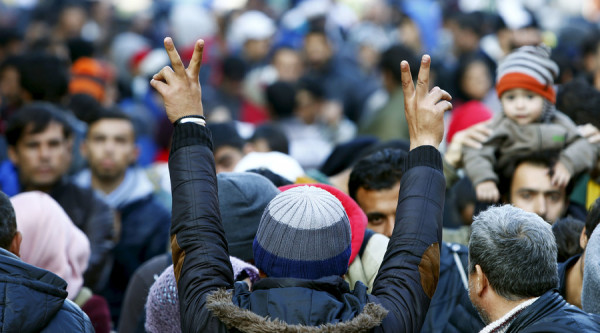