Hate begets hate…[1] a 22 year-old named Jeremiah Bell got up Sunday morning and decided he was going to attack anyone he found who was not black. So, he grabbed his aluminum baseball bat, slung it across his shoulders and went for a stroll. It didn’t take him long to find Armando Barron, a Hispanic 54 year-old grandfather. Bell beat him to death in front of witnesses – specifically a six year-old girl. There was no sign of mental incompetence, yet a judge has put the case on hold while Bell is evaluated. He’s not insane – he’s stuffed with hate and evil. He knew exactly what he was doing. 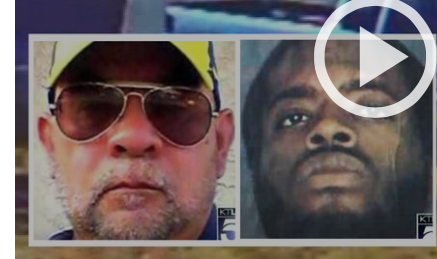 No reason to suspect he was mentally incompetent.

San Bernardino County judge has expressed doubt about the mental competence of a Fontana man accused of a hate crime in the fatal baseball-bat beating of a 54-year-old grandfather in Rialto this week.

Police say Jeremiah Bell, 22, went out Sunday looking to attack “anybody who wasn’t black.” On a residential street just a short walk from his apartment, they say, Bell, who is black, found Armando Barron, who is Latino, walking home from the grocery store, and attacked him about 2:30 p.m.

Barron died of his injuries at Arrowhead Regional Medical Center on Thursday, the same day that Bell appeared in court to be arraigned on attempted murder charges with an enhancement for use of a deadly weapon. He was also charged with a hate crime.

Bell is due back in court June 9.

Rialto Police Det. Sgt. Paul Stella said he had no information indicating Bell may have been mentally incompetent.

Barron was murdered for the crime of not being black. He taught his family to be colorblind, but in the end those who weren’t took his life brutally. All Barron wanted to do was get home and watch soccer. Instead he was bludgeoned to death and now will never come home again in this life. More blood on Obama’s hands – this is what you get when you stoke racism and hatred… when you usher in chaos and riots in our streets. Evil takes hold and violence becomes a calling card. Who will protest and march for Barron? Where are the riots in his name? There won’t be any – the thugs will move on from one victim to the next and pave their way with blood. This is the legacy of Barack Obama – pitting blacks against all others and nurturing a race war.