In this instance[1], I couldn’t agree more. Track Edward Snowden down, try him for treason and hang him. The blood of the French victims killed by ISIS is on Snowden’s hands. It was intelligence that he stole and put out there for everyone to partake of that gave terrorists the battle plans for how to proceed with encrypted apps and other forms of attack. Snowden is no hero. He is a stone cold traitor and sold out to the Russians and the Chinese. I look for Obama to pardon him and wipe his slate clean. You know, from one traitor to another. He has caused the deaths of many people and put many, many more at risk by what he did. He’s no freedom fighter – he is a turncoat. 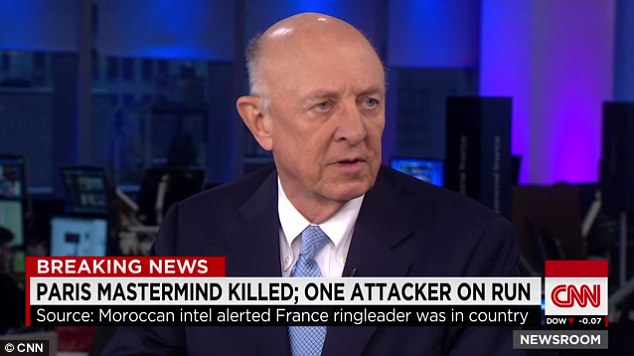 A former CIA director claims that Edward Snowden should be ‘hanged by the neck’ in the wake of the Paris terrorist attacks.

James Woolsey said on Thursday that Snowden, a former NSA contractor who leaked confidential information in 2013, should be convicted of treason.

‘It’s still a capital crime, and I would give him the death sentence, and I would prefer to see him hanged by the neck until he’s dead, rather than merely electrocuted,’ Woolsey told CNN[3].

Snowden fled the country after stealing classified information and disclosing the extent of US surveillance programs. He currently resides in Russia, where he has been granted temporary asylum.

The former CIA head said Snowden is partly responsible for the Paris attacks that left at least 132 dead and hundreds of people injured last week.

He added that Snowden’s leak was ‘substantial’.

Woolsey’s comments echoed current CIA Director John Brennan’s sentiments from earlier this week, when Brennan said ‘unauthorized disclosures’ such as the Snowden leaks have made it ‘much more difficult’ to track down terrorists.

‘I think any unauthorized disclosures made by individuals that have dishonored the oath of office, that they have raised their hand and attested to, undermines this nation’s security,’ Brennan said about Snowden at the Overseas Security Advisory Council’s annual meeting on Wednesday.

Brennan added that ISIS has clearly ‘gone to school on what they need to do in order to keep their activities concealed from the authorities.’

While Brennan didn’t mention Snowden by name, he has been highly critical of the leaks in the past, calling them ‘outrageous’ and adding ‘[he] has hurt this country and has helped our enemies’.

When you steal military and agency secrets and give them to the enemy, that is treason. Treason is punishable by death. Snowden and his accomplices have by their actions aided and abetted terrorists and our enemies. Tracking down terrorists and other bad guys has now gotten monumentally tougher thanks to Snowden. He has crippled our spy and intel networks and he is still doing it from the comfort of Mother Russia. I am a firm supporter of the Constitution, but I am also a believer in our military and intelligence agencies. Snowden’s revelations not only helped the Islamic State, but probably contributed to the Paris attacks. Michael Morell, the former acting head of the CIA, had this to say: “First, ISIS went to school on how we were collecting intelligence on terrorist organizations by using telecommunications technologies. And when they learned that from the Snowden disclosures, they were able to adapt to it and essentially go silent… And so, part of their rise was understanding what our capabilities were, adjusting to them so we couldn’t see them. No doubt in my mind. And the people who say otherwise are just trying to defend Edward Snowden.” It’s true that the terrorists had been evading the NSA before Snowden went to Russia, but that is a moot point. What Morell and others are pointing out is that Snowden has made it easier for the terrorists to plot to kill Europeans and Americans. Woolsey feels strongly about nailing Snowden, just as I do. Just as all of America should. 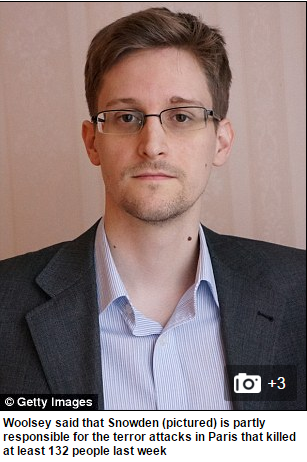 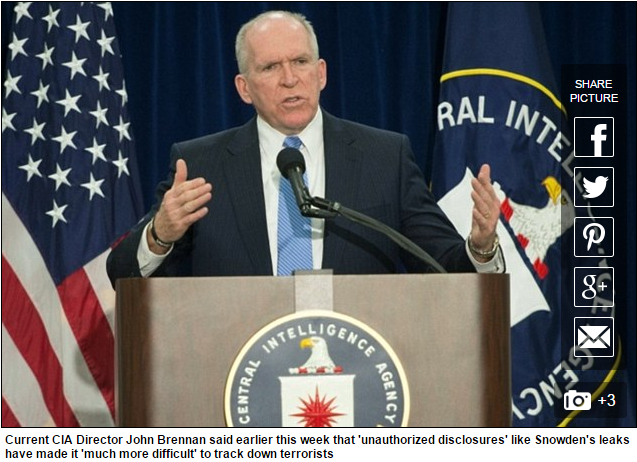