High School Suspends 156 Students All In One Day — All For RIDICULOUS Dress Code Violations?! [VIDEO]

Wilby High School[1] in Waterbury, Connecticut suspended 156 students on April 21st for violations of their dress code policy. First, off that seems extreme. Don’t get me wrong, I believe in dress codes. However, as I understand it, suspension is only supposed to occur after the fourth offense. Many if not most of these kids had never been issued even one violation of the dress code. The first offense is a written warning, the second is detention with parental notification. I don’t know what the third one is, but probably identical to the second only with a final warning. The school just suspended anyone in violation they found at school with no warnings. Not cool.

We give money and taxes to these schools. They load up the kids with homework these days and the parents wind up doing more teaching than most of the teachers. It’s gotten ridiculous. Politics bleed through into everything and our kids are indoctrinated with communist viewpoints. Now, they feel they can get heavy handed whenever they want. I can understand not wanting hoodies, etc., but follow your own rules and don’t act like some kind of fascist dictator about it. Another great reason to homeschool in my book. 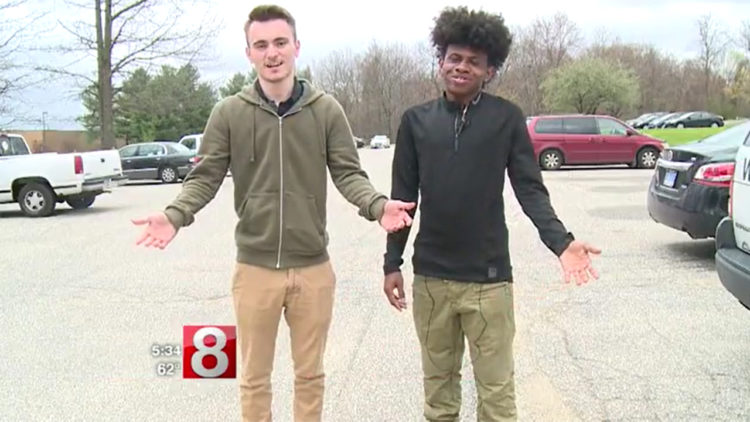 On April 21, officials at Wilby High School in Waterbury, Connecticut, suspended 156 students in one day for violating the school district’s dress-code policy, and now some are claiming the school’s policies are culturally insensitive.

WTNH-TV reported in April[3] the students were suspended by officials for wearing clothing such as hoodies and hats, which violate the school district’s dress code. According to the Associated Press,[4] the dress code requires boys at the school to wear shirts colored black or green only, and pants must be worn at the waist with a belt. Girls can wear dresses, skirts, pants and shorts, but they must be colored navy blue, gray or khaki. Hoodies are not allowed.

Many of the students suspended had never been warned previously about their clothes.

Wilby High School is primarily composed of African-American and Hispanic students. AP reports 84 percent of the students are Hispanic or black but 83 percent of the teachers are white, which has led some to suggest the school needs “more cultural sensitivity,” another way of saying the school’s policies need to be “less racist.”

As far as this being racist, that is ridiculous and the NAACP should slap themselves over it. It’s none of their business. A dress code has nothing to do with race. And please don’t start in on the cultural appropriation bull crap. I have no patience for that. Frankly, I also don’t care that most of the teachers are white while most of the students aren’t. You are there to teach and learn, not pander to racial preferences. But I will agree with the NAACP that this is absurd. It just is.

The school will be very lucky if they don’t get sued over this due to not following their own rules. “We didn’t follow our own policy,” Bob Brenker, chief operating officer for the Waterbury Board of Education told WTNH. “As adults, we should follow our own policy, too. So, now, we’ve taught students that if they do something wrong, it’s okay. They’ll be disciplined for it. But, what happens to the adults—the people who do the suspensions? We should know better.” I agree on this one. Everyone should follow the policy and steps concerning the dress code. And please give the NAACP the boot while you are at it.