Just horrific.[1] One day after Mayor Gisela Mota was to take office in Temixco, a city of about 100,000 near Mexico City, she was executed in her home. Police have killed two individuals connected to the murder and arrested three others. The government believes organized crime was behind the assassination. That would be the cartels. Temixco is just one city of many that have been plagued by kidnappings, murder and extortion by these thugs. Did you know that Mexico has some of the strictest gun laws in the world? There is one gun store in all of Mexico and it is in Mexico City. Because the populace and even government officials are unarmed, it is a simple thing for the cartels to waltz on in and kill them whenever they want. By all accounts, this mayor was a brave woman and she died for her convictions. 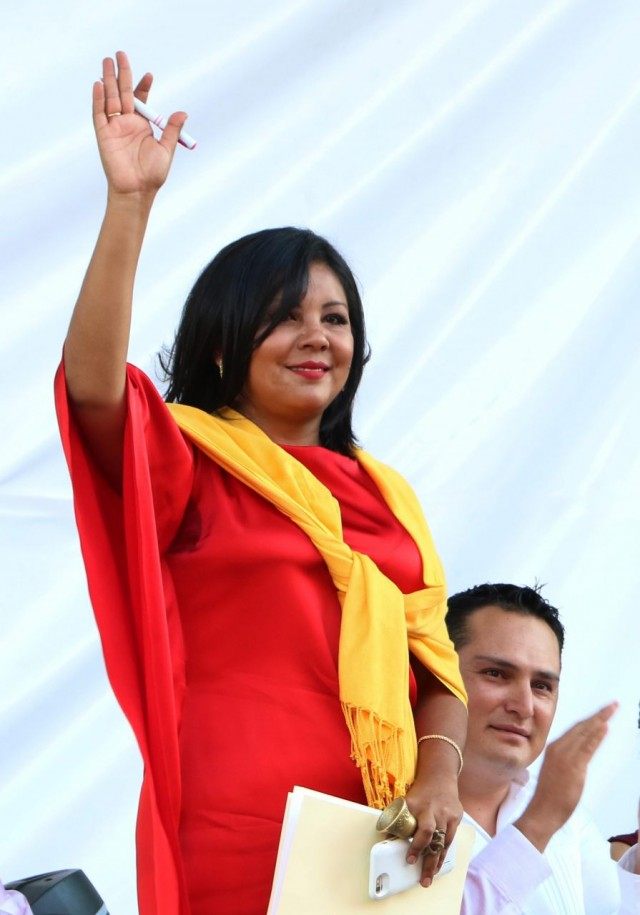 MEXICO CITY (AP) — Officials say they have killed two people and arrested three others linked to the slaying of a Mexico mayor who had taken office only a day earlier. The state’s governor said organized crime was behind the attack.

Gunmen killed Mayor Gisela Mota Saturday at her house in Temixco, one of several cities around Cuernavaca that have been struggling with kidnappings and extortions by organized crime gangs.

Police quickly located a car of presumed assailants who opened fire on officers, the Morelos state government said in a statement.

In a separate car, officials said they found two guns, one of them a semiautomatic, and ski masks.

Three people were detained — a 32-year-old woman, an 18-year-old and a minor. Morelos Attorney General Javier Perez Duron said the suspects have been tied to other crimes, but declined to provide more details.

On his Twitter account, Morelos Gov. Graco Ramirez attributed Mota’s killing to organized crime, without citing a particular cartel or gang. He later announced state officials were establishing special security measures for all off Morelos’ mayors. A little late there, don’t ya think? One organization representing mayors in the country, the Association of Local Authorities of Mexico, issued a statement saying nearly 100 mayors have been killed across Mexico over the past decade, “principally at the hands of organized crime.” I’ll bet you all of them were unarmed sitting ducks. Mota’s center-left Democratic Revolution Party released a statement describing her as “a strong and brave woman who on taking office as mayor, declared that her fight against crime would be frontal and direct.” Well, it is no more now. It’s yet another win for the cartels. Once considered ‘The City of Eternal Spring,’ Temixco is now infested with gangs and violence. That violence just took another mayor’s life and more freedom from the people.