How a formerly gay comedian decided to go straight

I believe that life and how we lead it is a choice.[1] I also believe we are responsible personally for every choice we make in this lifetime from the time we are a small child. That includes whether you are gay or straight. Anthony Roquel, who is a comedian in Manila, made a decision to accept Jesus Christ as his savior. He then further decided that being gay was no longer who he was and he became a heterosexual. I have seen the power of choice during my lifetime… I watched a military officer decide to quit smoking after years of being addicted to it and in one act, he just walked away from the habit. I have seen people lose a great deal of weight and keep it off. I have even seen people who were diagnosed with one mental disability or another, make a conscious decision that they were done with that and change over night. I’ve seen alcoholics and drug addicts turn their lives around permanently. So, when I see Anthony make up his mind to not be gay and to walk a different path, I have no problem believing that he can do it. 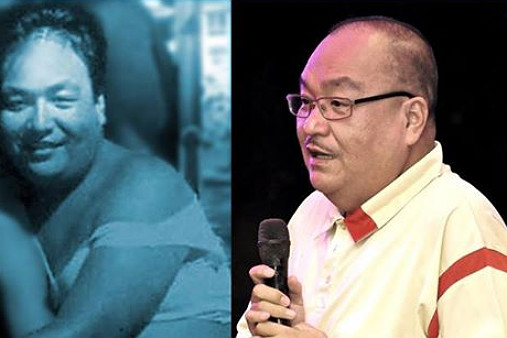 Anthony Roquel was known as Tonette Macho, a gay character in the popular sitcom “Iskul Bukol” in Manila.

MANILA — A former gay comedian is now a straight man, thanks to his religious faith.

Anthony Roquel, best known as Tonette Macho, the gay character in the sitcom “Iskul Bukol,” shared his transformation during an ABS-CBN Christian Fellowship on Thursday.

“Ang kabaklaan ko dati on a scale of one to ten, is 11. I tried everything that moves,” Roquel said.

At that time, he believed that he was born a homosexual and that he will surely die one. According to Roquel, he knew he was gay since the age of six and lived as a homosexual man for 32 years.

However, an invitation from actress Coney Reyes and an experience in Hong Kong led him to be “free” from the lie that he has been living.

In 1991, after his stint in “Iskul Bukol,” Roquel worked as a casting director for Reyes. At that time, the actress treated them to a trip to Hong Kong.

However, they were stranded in the foreign country after the eruption of Mt. Pinatubo.

According to Roquel, he prayed as he wanted to go home and see his family, after being stranded for nine days.

Roquel and his group were among the first passengers to arrive in the country after the disaster. After his experience, he knew he was ready to accept the Lord.

Roquel became a Christian in 1991. “When I accepted Him, I was never the same,” he said.

Becoming a Christian changes your whole life and you are never the same. Having a close brush with death will also turn things upside down for you. Brother Anthony now spends his time sharing the word of the Lord with those who want to be saved. He is now a conservative Christian and believes in traditional marriage between a man and a woman. He considers homosexuality to be a sin, but that doesn’t stop him from loving everyone. Some might hate him for changing his life, but Anthony has found God and is at peace with himself and his choices. That’s a state of being we can wish for everyone out there to find.