Last week a US veteran was arrested for stopping anti-American students from desecrating the American flag on the campus of Valdosta State University in Georgia. This week a pro-American rally was organized at the university today and is drawing a huge crowd. 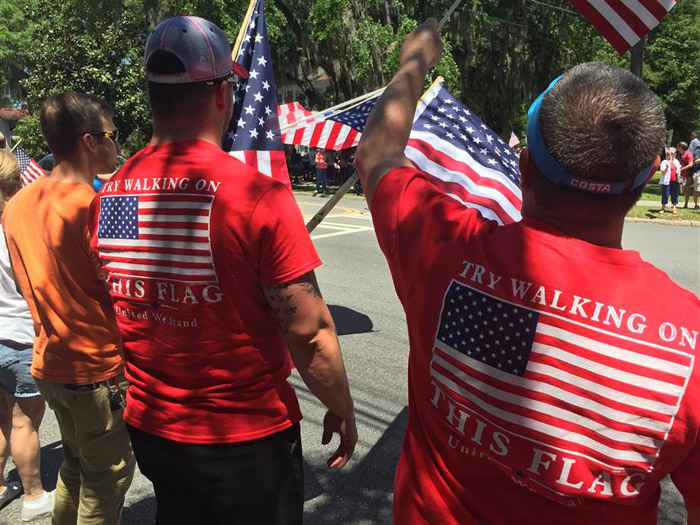 Air Force veteran Michelle Manhart was arrested[1] by police last week for intervening when students were desecrating the flag. She was later released without being charged with anything.

This week the pro-American forces had their say. Here is how Fox News reported the rally as it was about to begin…

A Georgia university shut down on Friday for a huge demonstration after a video of protesters trampling an American flag went viral.

Hordes of people descended on Valdosta State University Friday afternoon, lining the streets and waving flags. Valdosta Police Chief Brian Childress told the Valdosta Daily Times that thousands of people who “just want to come down here and support the American flag” were expected to be there.

…The event appeared to be peaceful, with some demonstrators carrying signs in support of the military and others wearing T-shirts with the American flag and the words “Try walking on this flag” emblazoned on the back.

It’s about time something pro-American appears on the campus of one of our universities! This is a welcome change.