The media is painting ICE as heroes here[1], but the truth is these criminals shouldn’t have been here in the first place. A number of them have come back for seconds. Across Florida, ICE has arrested 314 criminal immigrants who pose a threat to public safety. More than a quarter of those arrested were individuals who had records for murder, attempted murder, child sex crimes, sex offenses, weapons charges and drug violations. We aren’t much safer because of this – they will be back, bringing millions with them. It’s like saving a few drops from a lake at this point. What isn’t highlighted is that some of those arrested were considered threats to national security. Ponder that for a moment. The number arrested in Florida is very significant and growing exponentially because of open borders, refugees and the new found relationship with Cuba. 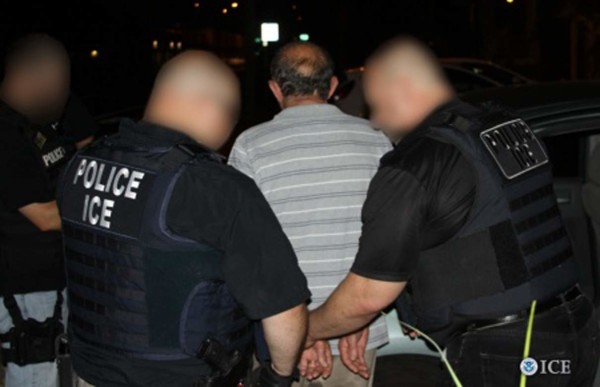 Single arrests were made in Lee, Collier, Desoto and Hendry counties.

All of those arrested during the enforcement action met at least one of the agency’s three enforcement priorities. More than one-quarter had criminal records that included felony convictions for serious or violent offenses, such as murder, attempted murder, child sex crimes, sex offenses, weapons charges and drug violations.

“As this operation makes clear, ICE is committed to prioritizing convicted criminals and those who are public safety threats for apprehension and removal,” said Marc J. Moore, field office director for the Miami Field Office of ERO, which oversees all of Florida, Puerto Rico and the U.S. Virgin Islands. “Our communities are safer today thanks to the hard work of our officers across the state.”

Sixteen of those detained are previously removed individuals who are being prosecuted by the U.S. Attorney’s Office for felony re-entry after deportation.

ERO was supported by ICE’s Homeland Security Investigations (HSI), U.S. Customs and Border Protection and other federal and local law enforcement agencies, including the FBI and the U.S. Marshal’s Service.

One of those arrested was a Cuban citizen in Tampa who is a lawful permanent resident of the US. In June, he was convicted of a lewd or lascivious act on a minor and was sentenced to eight years of probation. The subject is pending a removal hearing by an immigration judge, officials said. In another case, a Mexican citizen living in Wauchula was arrested and deported after he was convicted of lewd conduct in August and sentenced to four years of community control, ICE said. On Sept. 15, agents arrested a Jamaican citizen in West Palm Beach who had been a lawful permanent US resident since 1972. The subject pleaded guilty for murder and was sentenced to 10 years deferred adjudication and placed on community supervision. This person is now awaiting deportation proceedings, officials said. ICE said those arrested represented many countries, including Mexico, Honduras, Guatemala, El Salvador, Nicaragua, Panama, Peru, Venezuela, Colombia, Guyana, Ecuador, Brazil, Bolivia, Argentina, Uruguay, Chile, Jamaica, Ukraine, the Bahamas, Trinidad, Dominican Republic, Haiti, Saint Lucia, Saint Kitts, Turks & Caicos, Antigua, Cuba, Canada, Czech Republic, Romania, France, United Kingdom, Italy, Latvia, Greece and Egypt. Don’t you feel safer now?