This is fantastic![1] I love it!! Hundreds of people in Roseburg showed up to protest Barack Obama coming to their town amidst his gun control crusade. He’s actively using the slaughter of Christians as political props for his agenda. It’s disgusting and unconstitutional. People had signs telling him to “Go Golf!” He was also told to go home, that he wasn’t welcome in Roseburg. Good for these people. That was the right thing to do. Hundreds showed up there, 8,000 signed up for the protest and millions are cheering these people on. If Obama thinks he can just disarm America by hook or crook, he better think long and hard again. Americans just won’t stand for it. 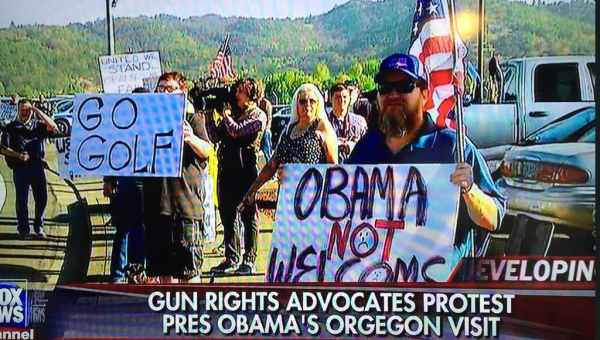 AMAZING turnout today to protest Obama in Oregon after the mass shooting at Umpqua College. 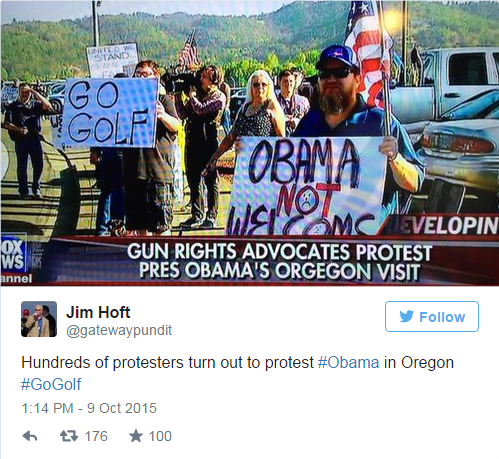 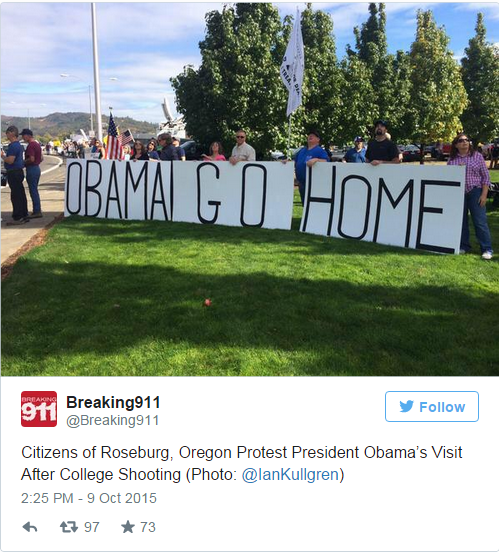 Over 8,000 signed up[5] to protest Obama today at the Defend Roseburg[6] Facebook protest page. 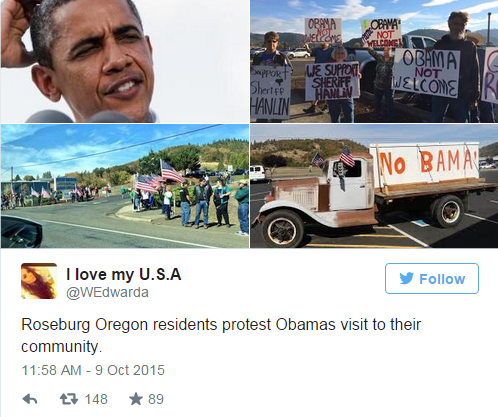 The protesters want an end to the dangerous gun-free zone policies. 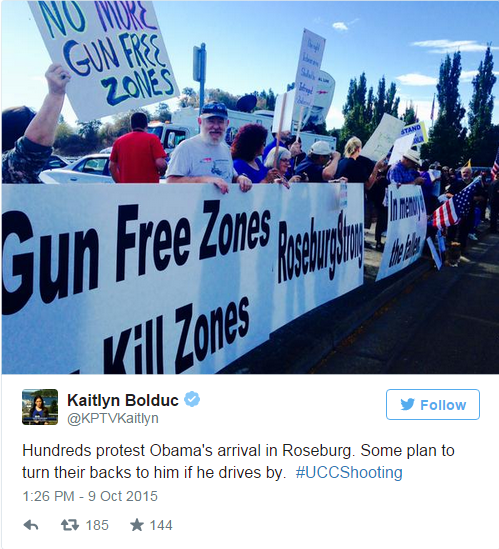 The protesters lined the streets of Roseburg today before Obama’s arrival.

We come to You today to first give You glory and honor and praise for we know there is none like You, You are the only one true and living God like You as You have told us in Your Word. Thank You Father for being real and giving us hope. Today we lift up the community of Roseburg Oregon and ask for a hedge of protection there. As You know Lord, president Obama is going to visit Roseburg and many are upset over it. I believe in my heart that You Lord have handed America over to a corrupt leader because of our rebellion against You. I Understand that Father but ask that You would have mercy on America and have mercy and grace on Roseburg today. Allow this protest to go forward with peace, success, brotherhood and love. May the message be loud and clear to our government that we still love God and love America the constitutional republic. I pray that in spite of the media’s ability to skew the truth about this event that You Lord would open the door of truth to be made known across America that would show our nation we need to stand for our constitution and stand for our Creator and Savior who gives us life, liberty and the pursuit of happiness. Lord I know that freedom and liberty first came from you and America will once again be a nation that You oh Father in Heaven will bless once again. We give you this day and pray for Your will in Roseburg today.

In Jesus name I pray. 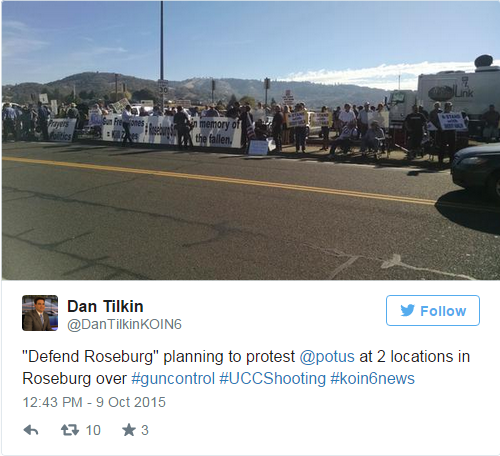 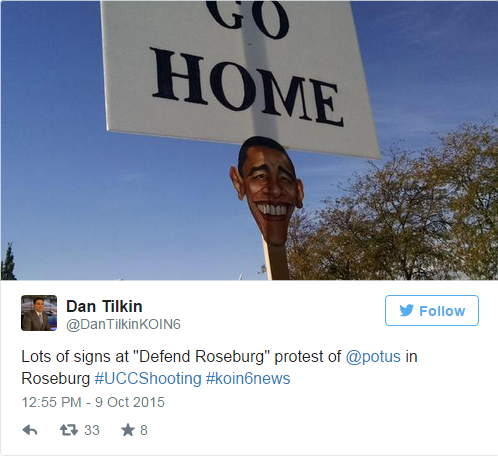 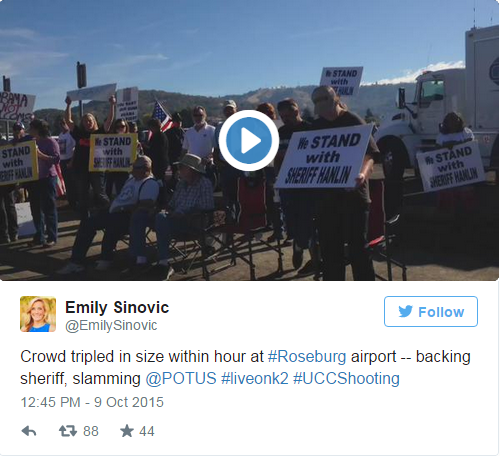 I love the prayer that was given. It was perfect. Obama didn’t even wait for the blood to dry after the massacre before he went on the air telling America this must stop and that he was going to go after our guns once and for all… Second Amendment, freedoms and Constitution be damned. He didn’t mention that the killer asked what religion these people were and then executed those that were Christians after making them beg for their lives. He didn’t mention that it was a hate crime. No… he went for the guns, even though an unstable person did an insane thing that he could of done with knives, a bomb or illegal weapons. Obama doesn’t care about the victims. He’s a Marxist. He cares about control and destroying America. If I had been one of the grieving parents or family, I would have told him to pound sand. That in reality, this is his fault. That his policies have brought this type of crime about. I’m thrilled with the protest turnout today – America has had it with Barack Obama.