I couldn’t agree more.[1] Awarding Bruce (Caitlyn) Jenner the ‘Woman of the Year’ award is just ridiculous. He’s not a woman… check his sock drawer and he has the equipment to prove it. The husband of a 9/11 hero cop, who perished that day, has basically told Glamour Magazine to stuff it. He shipped the award back to them because he didn’t want it associated with his wife’s brave memory. He referred to the latest recipient as “Bruce Ball-less Jenner.” Anatomically incorrect, but the sentiment is spot on. James Smith’s wife was killed rushing into the South Tower to rescue people on 9/11 before it was too late. Time ran out for her and so many others. She deserves every award out there. Bruce Jenner, don’t make me laugh. 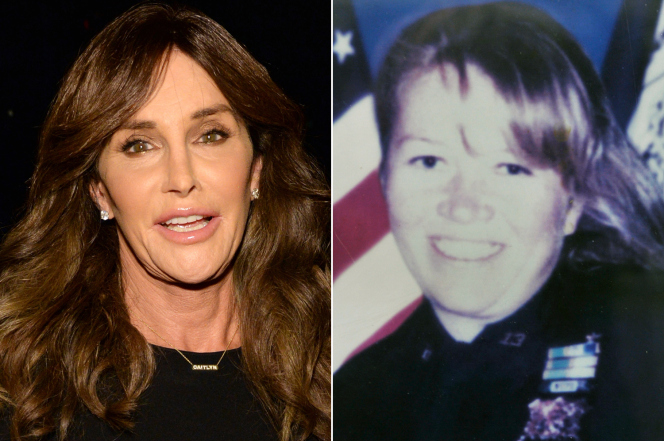 After Glamour magazine awarded Bruce/Caitlyn Jenner as “Woman of the Year” last week, the husband of a law enforcement officer who was killed during the 9/11 attack returned his wife’s own posthumous award from the magazine.

As a result of Glamour’s decision, “Woman of the Year” doesn’t have the distinction it used to, and so James Smith pulled the award given in memory of his late wife Mona off his Long Island bookshelf and sent it back to the magazine, according to the New York Post[3].

One month after the tragedy, the magazine awarded her with the distinction when she was killed rushing into the south tower to help usher people to safety.

Until last week, he was proud of the award — no more.

“I was shocked and saddened to learn that Glamour has just named Bruce Jenner ‘Woman of the Year,’ ” Smith wrote in his letter to the magazine’s editor, Cindi Leive.

He also referred to the former Olympian “Bruce Ball-less Jenner” and suggested other women who would be more deserving.

“Was there no woman in America, or the rest of the world, more deserving than this man?” Smith wrote. “At a time when we have women in the armed forces fighting and dying for our country, heroic doctors fighting deadly diseases, women police and firefighters putting their lives on the line for total strangers, brave women overcoming life threatening diseases . . . the list of possibilities goes on . . . is this the best you could do?”

A spokesman for the magazine told The Post that it received Smith’s letter and that it stands by its honors.

“We were proud to honor his wife . . . in 2001, and we stand by our decision to honor Caitlyn Jenner,” a Glamour spokeswoman told the Post Saturday. “Glamour’s Women of the Year Awards recognize women with a variety of backgrounds and experiences.”

No one’s doubting that — but awards should be presented for actually achieving something.

Moira Smith was only 38 when she perished that fateful day. Glamour gives the award to someone who’s not even a woman and has the notable distinction of being famous. The only thing he’s done lately is kill someone in an accident. But because he straps on heels and a bra, Glamour is good to go with calling him a her. Unbelievable. Glamour’s not backing down though. Political correctness reigns and they are nothing if not diverse these days. Smith told them to take their award and shove it. Good for him. That’s exactly what he should have done. In Glamour’s twisted anything goes world, they indeed believe that was the best they could do. And by doing so they dissed every female cop, firefighter, doctor, scientist or other giant in their field who bravely fights for others. Glamour is no longer glamorous. They are merely another propaganda outlet.