What a shocker…[1] another Liberal anti-gun activist gets caught with a gun and ammo. Bad Progressive! My belief is the Marxist Progressives want the guns taken away from Americans so they are more ‘easily controlled.’ These elitists believe laws don’t apply to them – they are for the riff raff, the masses. They also know that guns are the very best protection out there and that the world utopia they are crafting is making the world and America more and more dangerous each day that passes. Guns also allow for independence and they just can’t have that. Thus, they become closet gun packers and owners. Time to come out of the closet boys and girls – if guns are for thee, then they are for me. 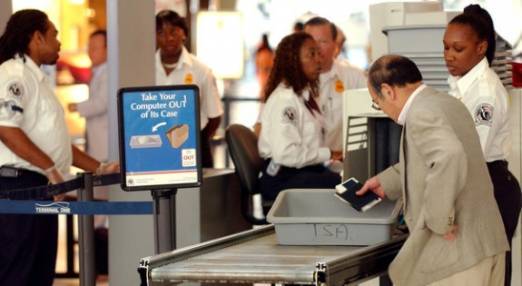 Guns-for-me-but-not-for-thee hypocrisy on full display from the anti-gunner attorney, David Malik, when arrested for possession of guns and ammo in his travel bag at the airport.

The Examiner reports[2] the following and reminds the readers of other anti-gun progressive hypocrites:

A leading local civil rights attorney was arrested over the weekend at Cleveland Hopkins Airport for having a concealed handgun in his carry-on bag, The Plain Dealer reported Sunday[3]. David Malik, the original attorney for the family of 12-year-old Tamir Rice who was slain by police in November, spent the night in jail after a .22 caliber handgun and a box of ammunition were discovered by airport security.

“What’s interesting about David is he is such an anti-gun person,” Steve Loomis, president of the Cleveland Police Patrolmen’s Association, told the press. “He’s such an anti-violence person, and of all the things for him to get arrested for, that really surprises me.”

It may surprise Loomis, but prominent anti-gun activists personally involved with guns, sometimes illegally, is a phenomenon gun rights advocates have pointed out before. Such revelations are generally accompanied with comments suggesting no small amount of self-serving elitism.

That was the case a year ago, when SAFE Act proponent Dwayne Ferguson was arrested[4] for illegally having a gun on his person at a Buffalo elementary school, prompting a police lockdown. As with Malik’s case, the violation was said to be unwitting, although Ferguson had the gun on his person, and he did not come forward and notify police. Also similar to Malik’s circumstances, there was no shortage of community voices coming forward with testimonials.

More serious than that is the case of California State Senator Leland Yee[5], who supported all manner of citizen disarmament edicts before his arrest on political corruption, racketeering and gun trafficking charges. And Lee, the subject of a four year FBI probe, is hardly the only anti-gun politician to run afoul of the law on guns.

Retired Chicago Alderman Richard Mell ( the father-in-law of disgraced former governor and felon Rod Blagojevich), who helped craft the city’s since-overturned ban on handguns, used his political connections to rewrite the registration law and create an “amnesty” after he’d neglected to do the paperwork needed to keep his[6]. And the late Frank Melton, former mayor of Jackson, Miss., routinely violated “gun laws”[7] he demanded everyone else to obey.

What will happen with Malik is uncertain at this writing. Gun rights advocates may note the “hoist on his own petard” irony, but in the interests of justice ought to want equal considerations for all, with no harsh penalties. At the same time, note will be taken of “troubling special treatment[8]” as was criticized in the case of Democrat Texas State Sen. Juan “Chuy” Hinojosa, another prominent anti-gun figure caught with a gun at an airport.

The real question is what are “gun control” advocates doing carrying guns in the first place? That it does not strike them as logically and morally insupportable is a curiosity those who advocate for the right to keep and bear arms chalk up to hypocrisy.< Read more here[9] (via Cleveland[10] and hat tip GSL[11]).

Oh, yes… I remember the uber hypocrite Leland Yee[12]. He was a gun runner extraordinaire, while railing against the Second Amendment ferociously. None of these Marxists suffer from morality, ethics or logic. They suffer from hypocrisy and a totalitarian mindset. Malik is definitely “hoisted on his own petard.” He should be subjected to the same laws as the rest of us. Unfortunately, this is the Obama Administration we are talking about – the most corrupt, unethical presidency since Woodrow Wilson. Malik will get a slap on the wrist, maybe even a minor fine and will walk back into a court to try and take others gun rights away.