Iconic Colt Firearm Company on the Verge of Utter Bankruptcy

Colt firearms, the most famous gun maker in the world, could disappear after 160 years of making firearms if it can’t raise enough cash to pay its debt, reports say. 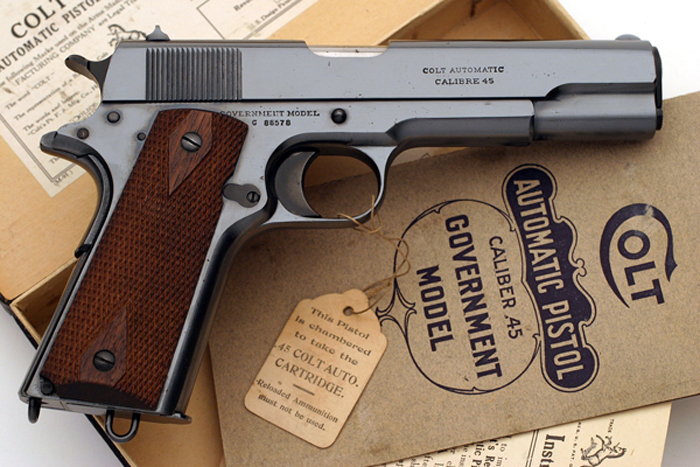 The company made famous for its Colt six shooter–the “gun that won the West” and the pistol seen in so many Westerns–as well as the heavy-hitting, Semi-Auto .45 ACP for the US Army may be going down the tubes[1] after 160 years.

The company, that has been making guns for 160 years, has been struggling financially and missed a $10.9 million interest payment on its debt in mid-May.

Colt admitted, in a regulatory filing, that its failure to make that interest payment raises “substantial doubt about the company’s ability to continue as a going concern.” Colt also said it “may seek relief under the bankruptcy code.”

The company has a 30-day grace period until June 14 to make the interest payment after which it has to find a way to restructure the debt with its bondholders.

Kevin Starke, gun industry analyst for CRT, said that Colt had already signed a debt restructuring agreement with its bank, but a group of bondholders rejected it that would have dropped the bonds to 45% of their face value.

Starke said that bondholders are reluctant to agree to any pact that forces them to take a loss. That’s because they might have a better chance of recovering all or most of their money in bankruptcy, assuming that Colt gets sold for enough money to cover the $250 million worth of bonds and another $102 million in additional debt.

That could be possible if a buyer emerges from among its larger gunmaking rivals such as Smith & Wesson (SWHC) or Sturm Ruger (RGR).

The failure of Colt seems to be a failure of leadership as opposed to the economy or legal restrictions pushed on the industry by Constitution-hating Democrats.

But that is how capitalism works, folks. You mess up, you pay the price. No matter how iconic the company is, Colt deserves to go down the tubes if it is being mismanaged.