Huckabee is right on this…[1] Obama’s comments were ‘ignorantly inflammatory.’ I won’t even grant him the benefit of the doubt here. His remarks were not premature, they were calculated. Obama had no regard for the hate crime this was or the fact that nine Christians were summarily executed for their faith. All he cared about is the gun issue and he pounced on it before their blood had even dried. Nice image there – standing on the dead bodies of Christians to call for gun control. I highly doubt this would have been the case if they had been Muslim or some other politically correct group of props. To call for politicizing gun control right after a massacre is beyond abhorrent. It is evil. 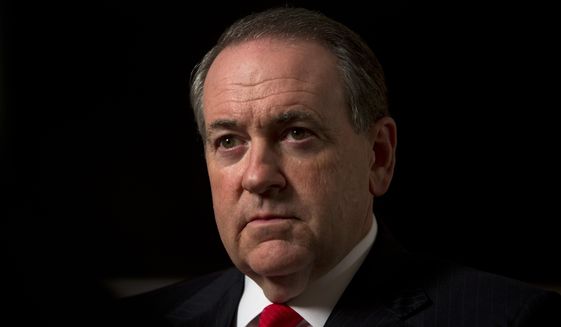 Mr. Obama said during his press conference Thursday that mass shootings are “something we should politicize,” after nine people were killed and several others injured by shooting suspect Chris Harper Mercer.

Mercer was fatally shot by police at the campus.

Making the case for stricter gun control, Mr. Obama said, “We know that other countries, in response to one mass shooting, have been able to craft laws that almost eliminate mass shootings — friends of ours, allies of ours — Great Britain, Australia, countries like ours. So we know there are ways to prevent it.”

Incensed by the president’s conference, Mr. Huckabee[4] took to his Facebook page.

“We hardly know any of the details about this horrific tragedy — What kind of gun was used? How did the shooter obtain it? What is the motive? Does the shooter have a history of mental illness? Was this an act of terror?” the former Arkansas governor asked[5]. “With few facts, Obama is quick to admittedly politicize this tragedy to advance his liberal, anti-gun agenda. For this president to make a political pronouncement is at best premature and at worst ignorantly inflammatory.

“Obama can shamelessly try and exploit any tragedy he wants, but it’s clear that gun free zones are sitting duck zones,” Mr. Huckabee[4] wrote. “His passion is grossly misplaced into destroying the Second Amendment. There were 50 shootings in Chicago the past two weekends and this administration failed to utter a word. Gun violence is a problem in this country, but it’s not the fault of the Second Amendment it’s the fault of evil people doing evil things.”

You are not going to stop evil people from doing evil things. If it isn’t guns, it will be bombs or swords. It will be whatever they can get their hands on to kill others with and Obama knows it. His goal is to disarm law abiding Americans so they are helpless and defenseless. Ripe for tyrannical control. It’s typical Marxism and has been played out throughout history. Every time gun control succeeds over time, there is a bloodbath of innocents. The kid that killed those people at that college was into many evil things. From radical Islam to the communists of the IRA… from the occult to mass murderers. He was profoundly unstable and we still don’t have all the facts. For instance, he spared one boy to deliver a package to the police. What was in that package? He committed suicide from what I understand. But the details of the shooting still keep changing. That didn’t stop Obama though from seizing on the crisis. He stands in the blood of the fallen to call for the confiscation of guns that would protect people from becoming future victims. You have to ask yourself why.