INCREDIBLE! Migrants Try To Get The Jump On This Young Girl – She Fights Back, And WINS! [VIDEO]

This actually happened[1] a couple of months ago and I wrote on this girl. She is awesome! Muslim refugees came into her store and shoplifted. They started to walk out like it was their right. She was having none of it. She went after them and got the items back. If I remember it correctly, she even dragged one of them back into the store. This is in Finland. In Germany, they are telling stores to just let the refugees steal. You will see more and more people fight back like this. Good for them. 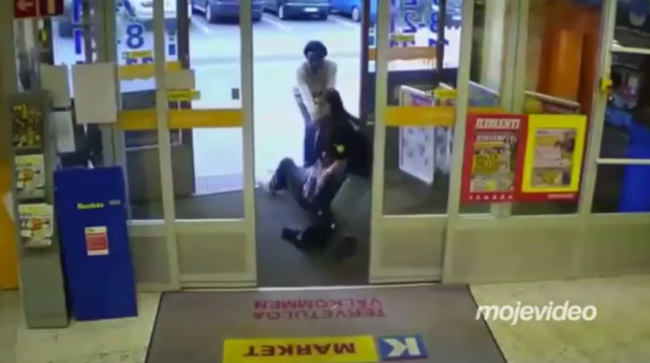 In Germany, the neighborhoods have advised the supermarkets not to report refugees who steal. Obama wants to bring these savages here.

Watch this young woman. She is my hero.

A brave and determined young woman who worked at a K-market pepper sprayed two thieves before dragging one of them back into the store – she was determined not to let them get away with their crime. The two suspects had reportedly tried to steal cases of beer from a shop in Helsinki, Finland, according to Finnish news site Tamperelainen. But as they made for the shop’s exit with their haul, the men were confronted by the employee, just before the supermarket was closing for the day. Moments later, the shop assistant shoots pepper spray into the face of one of the suspects, before grabbing hold of his clothing and attempting to pull him back into the shop. His friend watches the scene unfolding before his eyes, clearly completely baffled by the shop assistant’s actions. It is unknown if the thieves were ever charged, but that is one brave clerk. Thankfully, in America we are armed and this would have played out much differently. 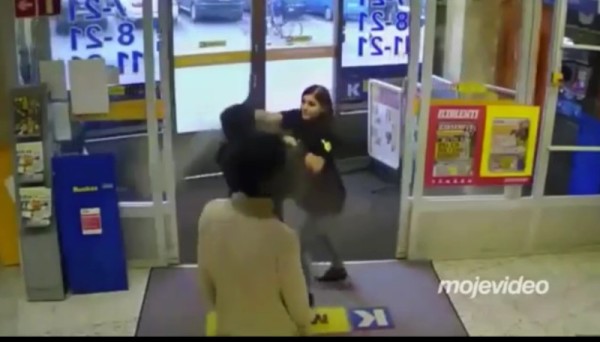