That’s a judge I can fully support.[1] Judge Michael Cicconetti nailed an illegal immigrant who tried to rape his 14 year-old niece, then murdered a 60 year-old woman in her home, then went out and shot a mother in her left arm while she protected her two small children and finally fired at officers before he was arrested. When he was brought before this judge, he could not produce a green card, a driver’s license or a birth certificate. His scummy lawyer tried to say he was not responsible, but this judge wasn’t buying it. He hit this guy with a $10 million bail. That’s an appropriate response and I salute that judge. 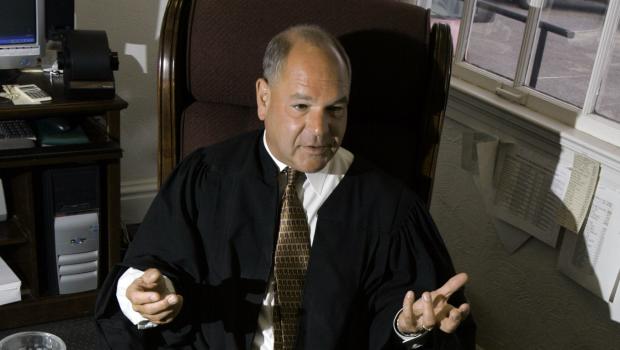 An Ohio judge decided to get tough with an illegal immigrant who has a list of offenses long enough to get him deported.

Judge Mike Cicconetti delivered an emotional decision Friday at a hearing for Juan Razo, an illegal immigrant[3], who allegedly murdered one woman, shot another woman and attempted to rape a 14-year-old girl.

According to police, Razo, 35, attempted to rape his teenage niece last Monday before he shot a woman in the arm. Razo also allegedly fatally shot another woman, Margaret Kostelnik, 60, before engaging in a short shootout with police in Painesville.

At the hearing, Razo, assisted by an interpreter, said he did not have a license, identification or passport and that his birth certificate was in Mexico.

“I have somebody who we don’t even know who he is, why he is in this country, why he is here illegally and why he allegedly committed a murder,[4]” Cicconetti said.

“I can’t set a bond high enough,” the judge said, hammering the stunned illegal by setting bond at $10 million.

Razo pleaded not guilty to the charges and will appear at a preliminary hearing on Monday.

Latino grassroots organization HOLA claimed Razo’s mental health was to blame for his actions while they attempted to draw focus away from his immigration status, reported WKYC-TV. (H/T The Blaze[5])

“Juan Razo’s family has grappled with his serious mental health issues for many years. His acts do not represent our community,” said Veronica Dahlberg, Executive Director of HOLA Ohio.

“Thus, this is not an issue about immigration; rather it is about the problems associated with adults with mental illness,” Dahlberg said. “We are disappointed to see leaders exploiting this tragedy to promote a political agenda.”

It’s just like a liberal to try to change the focus of a disturbing situation[6] to something that seems more touchy-feely. Mental health issues are certainly more likely to get someone a pass than being an illegal immigrant, but Judge Cicconetti would have no part in that argument.

The dirt bag’s family is saying he’s bipolar… that he’s not mentally stable and not responsible for his actions. Bull crap. Murder is murder and he deserves to pay the maximum price for that, attempted murder and attempted rape. I believe he should get death for his actions. And diverting attention from the fact that he is an illegal immigrant criminal is disingenuous and dishonest. Marxists always do this. They change the story and shift the attention from what people should be watching and should be alarmed over, to some warm and fuzzy politically correct agenda. Nothing to see here – again. Razo was not exploited for a political agenda. He is responsible for what he did and he was facilitated by the Feds letting someone go that had been deported five – count em, five – times. If you want the politics of this atrocity, it is that we are allowing illegal alien criminals to roam our streets and when they are arrested, they are released to free range murder, rape, crime and mayhem. It’s straight up Cloward and Piven.