That is how you handle the Marxist hags of The View.[1] Well done. Kurt Russell went into that pit of vipers knowing they would attack him on his pro-Second Amendment remarks. It was how he handled it that sets him apart as a true statesman. The man missed his calling as a diplomat. By the time he was done, he had those harpies eating from his hand and loving him even more. It was something to see. With honey, he delivered a major dose of truth to the liberal idiots of The View and they never, ever saw it coming. Russell was on the show to plug his new move The Hateful Eight. In a previous interview where Russell was caught off guard and ambushed, he said it was “absolutely insane” to think gun laws would stop terrorists. That’s exactly right, but he went softer with the ladies of The View and it worked. 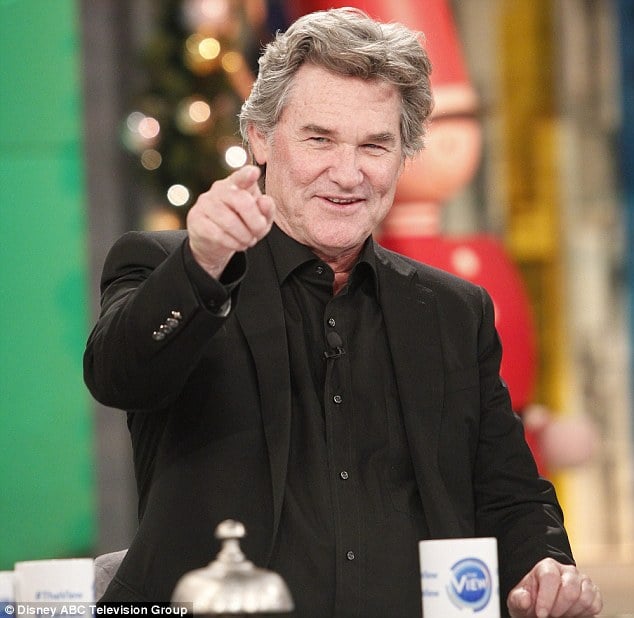 Actor Kurt Russell gave the ladies of The View a dose of the truth on Friday when he tried to educate them about the roots of gun rights in America.

In an interview earlier this week with Hollywood Elsewhere [3]to plug the new movie The Hateful Eight, Russell said it was “absolutely insane” to think gun laws would stop terrorists. “If you think gun control is going to change a terrorists’ point of view, I think you’re, like, out of your mind,” he said.

On Friday, Whoopi Goldberg[4] started the interview by pointing out that Russell’s views go against the grain.

Goldberg said, “You’re a rare bird in Hollywood. You’re a libertarian.” I’ve got news for Whoopi… he’s not nearly as rare as she would like to think. I’ll leave it at that. Russell said, “There’s a very strong reason the Founding Fathers had for the Second Amendment. And that is that no government ever hasn’t had to fight its own people, and its own people hasn’t had to fight its own government.” He also said it was too late now to help the victims of terrorists, eluding to the fact that if people had been armed, there would have been a lot fewer victims. All of us have opinions and each and every one of us is entitled to them. But we also have the Constitution and it is not there to pick and choose from. It is not meant to be interpreted in ways that take away the rights of Americans, instead of ensuring those rights. It is not a living, breathing document that can be changed whenever they see fit. The Second Amendment and our right to bear arms guarantees our freedom from tyrants and solidifies our right to protect ourselves. Kurt Russell was outstanding. The shrews of The View need to just deal with it.