Left for dead as a baby, girl overcomes lifetime of hardship, now off to college [Video]

Valery’s story is without a doubt inspirational.[1] It shows how someone can survive a truly horrific upbringing and still come out the other side and succeed. I credit the officer who rescued her… but I give the overwhelming credit to Valery herself. She’s the one who survived… she’s the one who determined her own fate. This article paints social workers and the State as saviors for Valery. They may have helped at points along her path, but they weren’t there when she was molested by foster parents or when she was booted from foster home to foster home. They weren’t there when she was exploited by men (this probably means prostitution). They were there for credit and when it was convenient – but they weren’t there when horror and pain was all Valery knew. She saved herself and has a ton of courage. 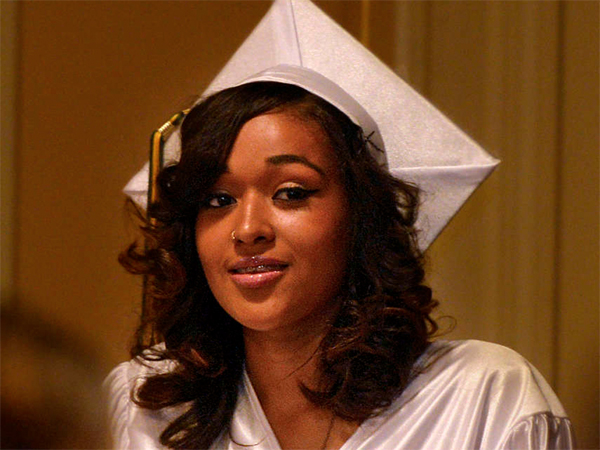 Valery Swope, 18, answered her phone one afternoon in March. It was Cabrini College, telling her she had been accepted.

First, she posed for a selfie. “I’ve got to take a picture of this face!”

Then she got on the phone.

The first six people she called were two caseworkers with the state child welfare agency, two social workers appointed by the court, a child-advocate in the public defender’s office, and an FBI agent. She lamented she didn’t have her guidance counselor’s number.

This posse of public servants is Valery’s rudder in life.

Valery’s teenage mother gave birth to her in a bathroom, placed her in a plastic bag, and left her in a boarded-up building in the city’s Frankford section, before dawn Jan. 4, 1997.

The Philadelphia police officer who rescued the newborn would become the first of many individuals – from law enforcement officers to social workers to educators – who would step in to help and guide a child with few constants in her life.

Valery identifies with Marilyn Monroe – abandoned by her mother, raised for a time by foster parents. Last year, Valery had a Marilyn quote tattooed on her right forearm – I am good, but not an angel. I do sin, but I’m not the devil. I am just a small girl in a big world. She even tried being blond for a while.

Valery has lived with relatives, with strangers in foster care, in institutions and group homes, even briefly, disastrously, back with her mother. At age 15, she went missing for months, living under the control of – and exploited by – men whom she later helped send to prison for 22 years.

“I don’t think she can say she ever had a childhood,” said Yolanda Shepherd, a Department of Human Services worker who sat with Valery when she was hospitalized with migraines last summer.

“I want to shout from the rooftop that Valery made it!” Shepherd added.

Valery graduated June 25 – after a sprint to get her work done – from her fourth high school in four years. She lives with a paid house mother and two other girls in a Germantown rowhouse, her third residence just this year.

Attending Cabrini, a small Catholic college in Radnor, could be Valery’s chance to start anew.

“The experiences she has been through and the depths of her pain are what motion pictures are made from,” Megan Hannah, her guidance counselor at Arise Academy Charter High School, wrote in a recommendation to college. “Only this is real. She is real.”

Valery said she hoped sharing her story will help other children, and she gave her posse permission to talk about her.

Social workers and counselors have their place, but making it through hell does not take a village… it takes character. Valery’s idol is Marilyn Monroe. I can understand how she relates, but she should find another hero. Monroe did have similar circumstances, but she committed suicide (or was murdered) and she had the morals of an alley cat. I would wish much better for Valery. Obviously, her mother is no good and a criminal. A courageous cop saved her from death as a baby and tragedy took her grandparents from her at the age of eight. But that officer was there as Valery graduated high school and got accepted into college. He had gifts for her and he and his wife took her to dinner. He couldn’t be there as she went through hell and back, but he was there when she reached out for him. This is a girl who studied and got good grades in the midst of abuse. My sincere hope is she will go on to have a wonderful life and be happy and successful. That the bad dreams of childhood will not follow her into adulthood.