Unless you want a lawsuit[1] in this political climate currently, or you feel you have a stance to take, perhaps answering the request with “Unfortunately at this time I do not offer services for same-sex weddings,” was not the most business savvy approach to this knot of snakes. Don’t get me wrong… as a Christian, I would have to turn the client down as well. But you could always say you are booked currently, or something similarly diplomatic. If you have the wherewithal to survive lawsuits and want to make a public statement, by all means you should go for it. Most small businesses can’t survive that and these bullies know it. Right now, Schmackers’ Next Door Stories, either seems to have suddenly gone out of business or underground. That’s a shame and unnecessary. And the lesbian couple should be ashamed of themselves. They could have easily gone somewhere else. All this upset over a political agenda. 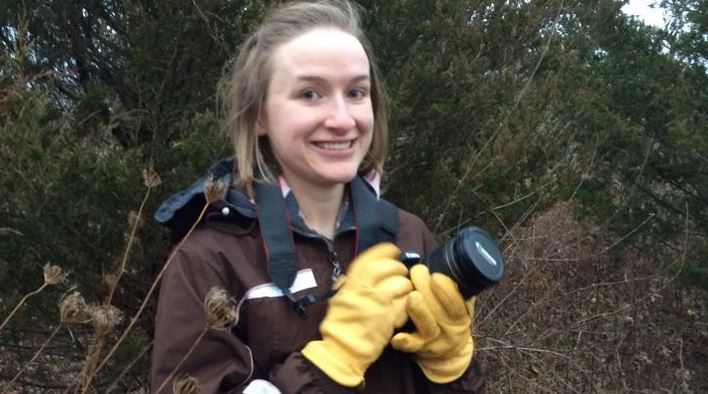 A homosexual couple in Bexley, Ohio, made headlines recently after reacting to a local Christian business owner’s stance on gay marriage by filing a discrimination complaint with the Bexley Area Chamber of Commerce.

The current controversy began when Jenn Moffitt and Jerra Kincely sought the services of Next Door Stories, a videography business owned by Courtney Schmackers, pictured. In response to the lesbian couple’s inquiry, Schmackers offered a polite and succinct refusal.

“Unfortunately at this time I do not offer services for same-sex weddings,” she wrote.

Instead of accepting the business owner’s position and moving on to a more receptive videographer, however, Moffitt and Kincely decided to make their grievance public. CNN reported[2] that the two women complained to the local chamber and publicized their disagreement via social media.

The chamber released a letter in which it stated that its board “believes that discrimination in any form is wrong and should not be tolerated,” indicating that members will be developing new policies to deal with the issue. For those hoping city leaders will get involved on the lesbian couple’s behalf, Bexley Mayor Ben Kessler explained why that is not happening.

Though he acknowledged that the local government is “concerned” about the experience Moffitt and Kincely had in their communication with Schmackers, Kessler noted that the chamber is a “private entity” in no way controlled by the city.

Furthermore, it does not appear the business owner will face a fate like that of an Oregon bakery investigated[3] by the state, fined, and forced to close[4] its doors after refusing to bake a same-sex wedding cake. Though Ohio – one of a dwindling number of states in which gay marriage is still banned – does not have legislation on the books specifically protecting religious beliefs as a defense against discrimination claims, Bexley is currently one of its cities without an ordinance prohibiting discrimination against individuals based on sexual orientation.

Western Journalism reached out to Schmackers for comment but did not receive a response as of our publishing deadline. A social media link to her business’ website leads to a page indicating the user’s “account has expired.”

The Constitution gives the gay couple the right to have their beliefs… not the right to force another to cater to them and violate their beliefs. This is a moral platform and in no way similar to racial discrimination – it is one having to do with religious convictions. It’s like asking a Catholic/Christian business to provide abortions. That would be anathema to that business. Is the gay movement so tyrannical and fascist that they will put all those out of business that disagree with their lifestyle? That is beyond petty and smacks of nothing less than a Marxist mindset of force. I’m glad the local government and Chamber aren’t bowing to this extortion, but it is a pity that a business owner now feels she has to hide because she is a Christian.