Liberal Writer at Vox: The American Revolution was a mistake!

Uh, no…[1] the Revolutionary War was fought over the right to bear arms and against taxes and tariffs, plus a long list of grievances. Please see below – the Declaration of Independence gives lie to his ill-informed assertions[2]:

…But when a long train of abuses and usurpations, pursuing invariably the same Object evinces a design to reduce them under absolute Despotism, it is their right, it is their duty, to throw off such Government, and to provide new Guards for their future security.–Such has been the patient sufferance of these Colonies; and such is now the necessity which constrains them to alter their former Systems of Government. The history of the present King of Great Britain is a history of repeated injuries and usurpations, all having in direct object the establishment of an absolute Tyranny over these States. To prove this, let Facts be submitted to a candid world.

He has refused his Assent to Laws, the most wholesome and necessary for the public good.
He has forbidden his Governors to pass Laws of immediate and pressing importance, unless suspended in their operation till his Assent should be obtained; and when so suspended, he has utterly neglected to attend to them.
He has refused to pass other Laws for the accommodation of large districts of people, unless those people would relinquish the right of Representation in the Legislature, a right inestimable to them and formidable to tyrants only.
He has called together legislative bodies at places unusual, uncomfortable, and distant from the depository of their public Records, for the sole purpose of fatiguing them into compliance with his measures.
He has dissolved Representative Houses repeatedly, for opposing with manly firmness his invasions on the rights of the people.
He has refused for a long time, after such dissolutions, to cause others to be elected; whereby the Legislative powers, incapable of Annihilation, have returned to the People at large for their exercise; the State remaining in the mean time exposed to all the dangers of invasion from without, and convulsions within.
He has endeavoured to prevent the population of these States; for that purpose obstructing the Laws for Naturalization of Foreigners; refusing to pass others to encourage their migrations hither, and raising the conditions of new Appropriations of Lands.
He has obstructed the Administration of Justice, by refusing his Assent to Laws for establishing Judiciary powers.
He has made Judges dependent on his Will alone, for the tenure of their offices, and the amount and payment of their salaries.
He has erected a multitude of New Offices, and sent hither swarms of Officers to harrass our people, and eat out their substance.
He has kept among us, in times of peace, Standing Armies without the Consent of our legislatures.
He has affected to render the Military independent of and superior to the Civil power.
He has combined with others to subject us to a jurisdiction foreign to our constitution, and unacknowledged by our laws; giving his Assent to their Acts of pretended Legislation:
For Quartering large bodies of armed troops among us:
For protecting them, by a mock Trial, from punishment for any Murders which they should commit on the Inhabitants of these States:
For cutting off our Trade with all parts of the world:
For imposing Taxes on us without our Consent:
For depriving us in many cases, of the benefits of Trial by Jury:
For transporting us beyond Seas to be tried for pretended offences
For abolishing the free System of English Laws in a neighbouring Province, establishing therein an Arbitrary government, and enlarging its Boundaries so as to render it at once an example and fit instrument for introducing the same absolute rule into these Colonies:
For taking away our Charters, abolishing our most valuable Laws, and altering fundamentally the Forms of our Governments:
For suspending our own Legislatures, and declaring themselves invested with power to legislate for us in all cases whatsoever.
He has abdicated Government here, by declaring us out of his Protection and waging War against us.
He has plundered our seas, ravaged our Coasts, burnt our towns, and destroyed the lives of our people.
He is at this time transporting large Armies of foreign Mercenaries to compleat the works of death, desolation and tyranny, already begun with circumstances of Cruelty & perfidy scarcely paralleled in the most barbarous ages, and totally unworthy the Head of a civilized nation.
He has constrained our fellow Citizens taken Captive on the high Seas to bear Arms against their Country, to become the executioners of their friends and Brethren, or to fall themselves by their Hands.
He has excited domestic insurrections amongst us, and has endeavoured to bring on the inhabitants of our frontiers, the merciless Indian Savages, whose known rule of warfare, is an undistinguished destruction of all ages, sexes and conditions. 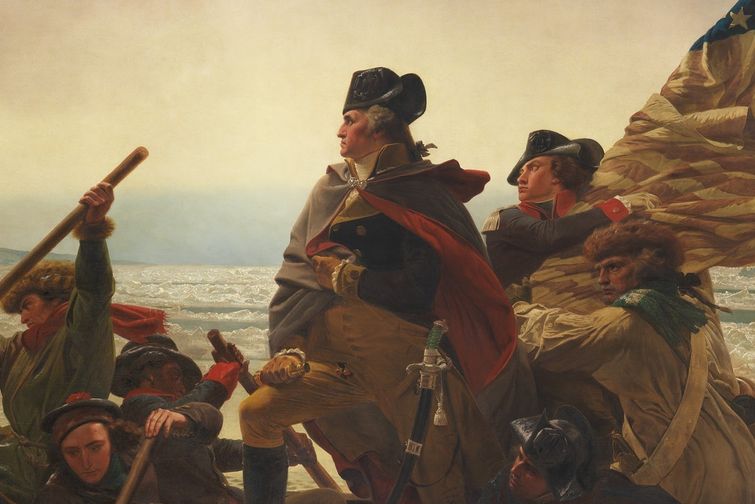 Wrap your head in duct tape before reading. From Vox:

This July 4th, I’m celebrating by taking a plane from the US to the United Kingdom. The timing wasn’t intentional, but I embrace the symbolism. American independence in 1776 was a monumental mistake. We should be mourning the fact that we left the United Kingdom, not cheering it.

Of course, evaluating the wisdom of the American Revolution means dealing with counterfactuals. As any historian would tell you, this is messy business. We obviously can’t be entirely sure how America would have fared if it had stayed in the British Empire longer, perhaps gaining independence a century or so later, along with Canada.

But I’m reasonably confident a world where the revolution never happened would be better than the one we live in now, for three main reasons: slavery would’ve been abolished earlier, American Indians would’ve faced rampant persecution but not the outright ethnic cleansing Andrew Jackson and other American leaders perpetrated, and America would have a parliamentary system of government that makes policymaking easier and lessens the risk of democratic collapse.

The main reason the revolution was a mistake is that the British Empire, in all likelihood, would have abolished slavery earlier than the US did, and with less bloodshed.

Abolition in most of the British Empire occurred in 1834, following the passage of the Slavery Abolition Act[4]. That left out India, but slavery was banned there too in 1843[5]. In England itself, slavery was illegal at least going back to 1772[6]. That’s decades earlier than the United States.

This alone is enough to make the case against the revolution. Decades less slavery is a massive humanitarian gain that almost certainly dominates whatever gains came to the colonists from independence.

The main benefit of the revolution to colonists was that it gave more political power to America’s white male minority. For the vast majority of the country — its women, slaves, American Indians — the difference between disenfranchisement in an independent America and disenfranchisement in a British-controlled colonial America was negligible. If anything, the latter would’ve been preferable, since at least women and minorities wouldn’t be singled out for disenfranchisement. From the vantage point of most of the country, who cares if white men had to suffer through what everyone else did for a while longer, especially if them doing so meant slaves gained decades of free life?

It’s true that, had the US stayed, Britain would have had much more to gain from the continuance of slavery than it did without America. It controlled a number of dependencies with slave economies — notably Jamaica and other islands in the West Indies — but nothing on the scale of the American South. Adding that into the mix would’ve made abolition significantly more costly.

But the South’s political influence within the British Empire would have been vastly smaller than its influence in the early American Republic. For one thing, the South, like all other British dependencies, lacked representation in Parliament. The Southern states were colonies and their interests were discounted by the British government accordingly. But the South was also simply smaller as a chunk of the British Empire’s economy at the time than it was as a portion of America’s. The British Crown had less to lose from the abolition of slavery than white elites in an independent America did.

Britain kept their monarchy, how’s that working for them? They have one of the world’s highest crime rates. They’re overrun with Islamists and terrorists. Their violent crime has gotten so bad, in spite of their having banned guns decades ago, now they are looking at banning knives. And tell me how their people are anything but indentured servants with the failed economy they have? How does having a ruling family who is answerable to just about no one, trump a Constitutional Republic? Even if you’ve only watched “The Patriot” with Mel Gibson, you are light years more enlightened than this moron. The liberal writer at Vox is an uneducated, biased asshat, in addition to being stupid and ignorant. If he likes Britain so much, why, by all means, go… please. I’ll take up a collection to buy you a ticket. Just don’t come back. 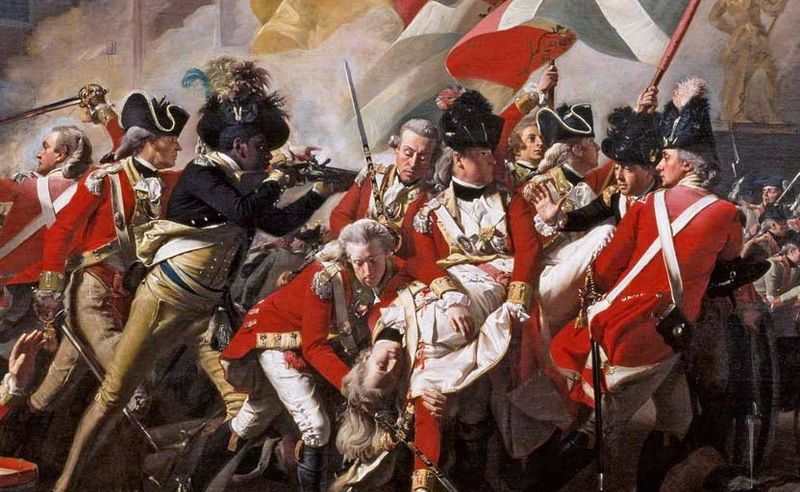