Because EVERYTHING is now about race, don’tcha know?[1] The Carolina Panthers are the blackest team in NFL history and they are evidently flaunting it. They are celebrating their ‘blackness’. Not the fact that they are a great football team that excels at their sport. No, their freaking ‘blackness’. Your skin color does not determine your skill set. Liberals are now blaming white NFL coaches for stopping black players from embracing that ‘blackness’. Race excuses bad behavior, violence and vulgarity evidently. And it allows them to take cheap shots at white players without any repercussions. Just ridiculous and biased. 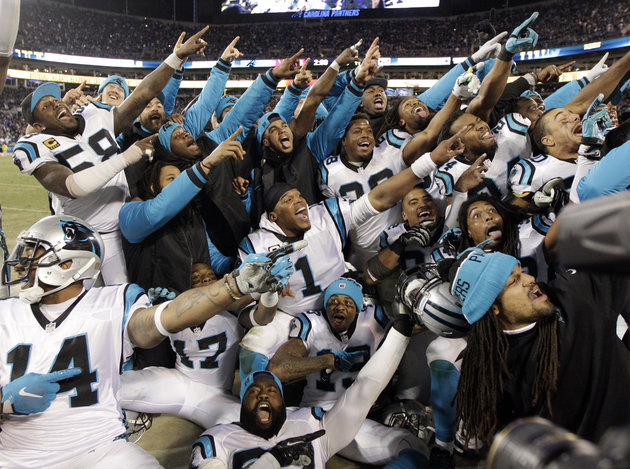 Some Carolina Panthers celebrate from the bench during the second half the NFL football NFC Championship game against the Arizona Cardinals, Sunday, Jan. 24, 2016, in Charlotte, N.C. (AP Photo/Chuck Burton)

The culture of football is such that a league made up of mostly black men is supposed to comply with certain standards created and enforced by mostly white men. Ideally, the players would act subdued in public, celebrate their achievements quietly and speak in a manner that avoids the spotlight.

The Carolina Panthers[3] haven’t done any of that this season. On the way to a 15-1 regular season record and the team’s first Super Bowl appearance since 2004, the team has had fun and has been fun to watch.

They have talked loudly, danced loudly and celebrated loudly. But they’ve done something significant along the way, too: The Panthers have embraced, demonstrated and exuded aspects of their blackness in a way that few predominately black teams have done in the past.

They have been wonderfully, unapologetically, proudly black.

Frankly, I don’t care if guys dance or pray or whatever during sports. But when you make race the overriding issue, I find it offensive. Now, they’ve got me offended. Good grief. Black players are being celebrated for not conforming to white stereotypes. The whole Panther team is wrapped up in being ‘black’. Sigh. Coach Ron Rivera is known for letting his players express themselves… for empowering their individuality rather than conforming to the rules. He basically claims by letting the team members do whatever they want, they excel. I have a problem with that… it’s called ‘discipline’. The media loves the racial superiority here. From The Huffington Post: On Sunday, the Panthers have a chance to do something historic. If they win the Super Bowl, they will be only the third team ever to go 18-1 and go all the way. But no matter what the outcome, they have already made history, for no team has ever been as proudly black as the 2015 Carolina Panthers. No wonder Rush Limbaugh isn’t going. 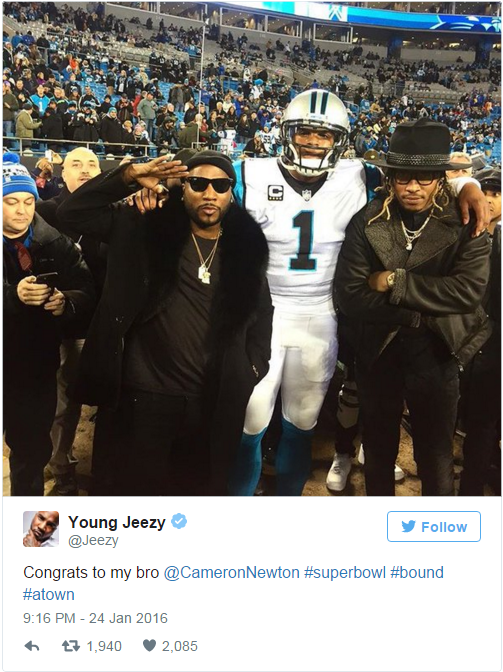