Good for Lowe’s![1] All-American Muslim premiered on TLC, backed by CAIR. The problem is no one watched and the ratings were in the toilet, so Lowe’s pulled their advertising. They can see the writing on the mosque… their demographic doesn’t support Islamic pandering. The left immediately went into attack mode and called for a boycott on Lowe’s because they are such bigots and Islamophobes. Seriously? Americans are simply fed up with this politically correct bull crap. Plus, it’s a lousy show. Do the math. 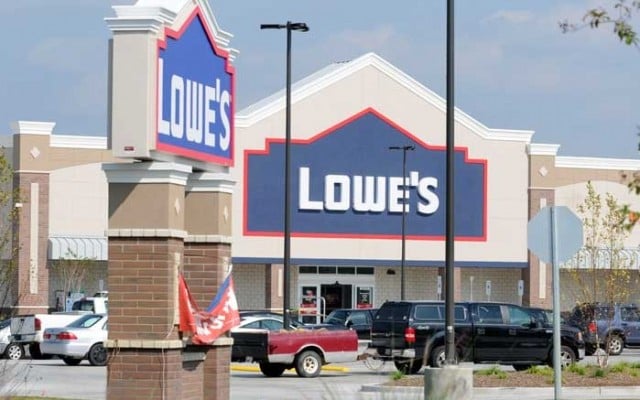 From GOP the Daily Dose:

Ratings plummeted into the toilet for TLC’s (The Learning Channel) show, All-American Muslims.[3] The show, supported by the terrorism-linked Council on American-Islamic Relations (CAIR) and other pro-Islam organizations, was used to portray active Muslim families, who are strict followers of their faith, as a peaceful community. Yet, Americans don’t want to watch such politically-correct nonsense.

With such low ratings, Lowe’s decided to DROP them as a sponsor!

Lowe’s was attacked by the left for dropping the show– including newly elected Congressman Ted Lieu (D-CA), who called Lowe’s “bigoted, shameful, and un-American.” Apparently, in his mind, Lowe’s doesn’t have the right to decide where their adverting dollars should end up, even if the show’s ratings were horrible. CAIR is also furious about the decision, and called for a national boycott of the hardware giant.

Christian organizations, such as the Family Florida Association, have now offered Lowe’s their support. And I’ll bet you Lowe’s is going to get a whole bunch of new and devoted customers out of this as well. “All-American Muslim represents propaganda that riskily hides the Islamic agenda’s clear and present danger to American liberties and traditional values,” they told CNN. The term “All American” should mean an adherence to the Constitution and the principles of the Founding Fathers… not CAIR. Christian groups are against Shariah law and supporters of the Caliphate. I think we should all thank Lowe’s over this move and make it a point to shop there.