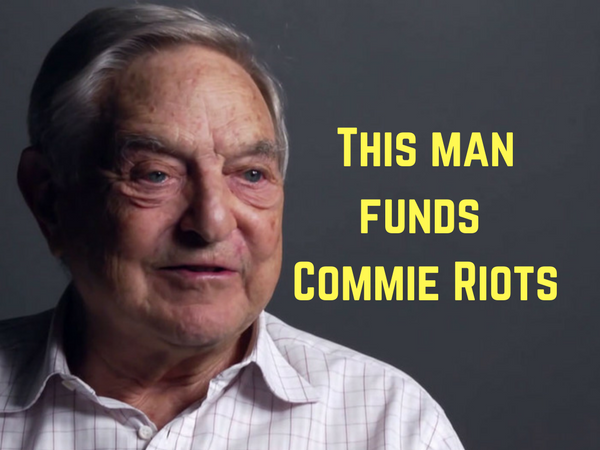 The leading anti-Trump group (besides your Facebook friends who manage to pipe up about Trump whenever you update a status saying something nice about MAGA) known as Refuse Fascism is now going after Nancy Pelosi and other Democrats who are playing ball with Trump, accusing them of abetting the “fascism” of the President. They’re called Refuse Fascism, so obviously they’re the leading experts on identifying fascists, right?

"Antifa" is short for anti-fascist. The only ones who should oppose antifa are fascists.

Just recently, Refuse Fascism posted a statement that declared their support for Antifa while attacking prominent left-wingers for not being horrible enough to earn their praise. Pelosi, as much as we on the right already attack her for her beliefs, is now being attacked by Refuse Fascism for her own denouncement of Antifa.

Some of Refuse Fascism’s statements include that:

The thing is, the FBI and the Department of Homeland Security have been warning about Antifa since early last year. It isn’t a new thing to denounce Antifa, because it was happening on a high level since the Obama administration. Of course, Obama didn’t bother to do much with the information. Here’s a video of our friend Ben Shapiro explaining it in his usual style:

Last week we wrote about a petition that wants to designate George Soros as a terrorist[4]. The billionaire continues to fund chaotic, Marxist, left-wing groups and events, including shady unions, Black Lives Matter and of course Antifa. His net worth of over $25 billion means it’s easy for him to throw money at his beliefs, including a recent $5 million for Democrats in the 2018 midterms. Recently, Steve Bannon of Breitbart, accused the Catholic church of pushing for easy citizenship for illegal immigrants, which aligns with Soros’ habit of targeting Catholic groups and funding them to turn leftist, where they start supporting abortion and illegal immigration instead of defending Catholic doctrine.

We know that Refuse Fascism can afford to organize mass uprisings and demonstrations because of the funding they receive from a progressive charity which is in turn backed up by George Soros.

The next riot on their docket is a massive, national demonstration scheduled for November 4th. They’ve already begun planning and holding organizational conferences and presentations that show that they’re looking to disrupt the “ability to govern” for American leaders and cause them to “lose respect and legitimacy in the eyes of people here and internationally.”

Stay tuned. And buy a gun.