This scum got 105 years for ruining the lives[1] of at least 359 teenage girls. And there were probably other victims on various computers considering this went on for years. He posed as a 15 year-old boy and would get a rather innocent first pic from a new target. Then he’d threaten to put it online if they didn’t send more explicit ones. I know they don’t give the death penalty for this, but they should. This guy richly deserves a dirt nap. Call it ‘sextortion’ or whatever you want, it was kiddie porn and it was international. It wasn’t just blackmail – the guy’s a dedicated pervert. I hope he gets a really affectionate, huge cellmate. 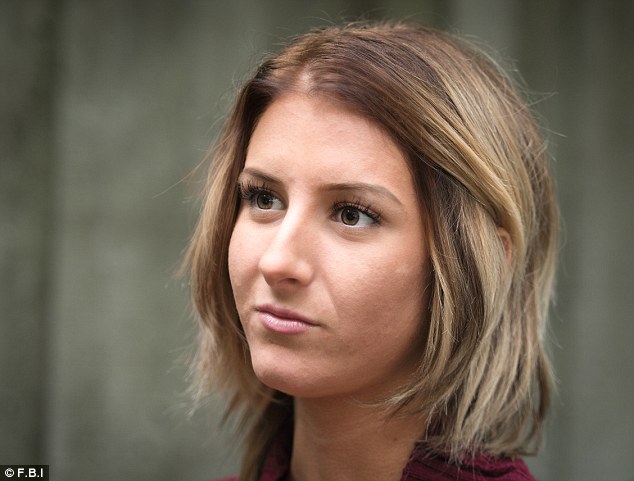 Ashley Reynolds, who is now 20, was just 14 when she fell prey to Chansler’s vicious scheme. She has waived her anonymity to encourage other victims to come forward.

The FBI are trying to trace more than 250 ‘sextortion’ victims of an online sex pest who pressured them into sending him explicit images of themselves over the internet.

Agents say the girls, who come from 26 states, as well as Canada and Britain, were all targeted by Lucas Michael Chansler, now 31, as part of an online blackmailing scheme.

After discovering more than 80,000 images on Chansler’s computer, investigators say they have managed to locate 109 of his victims, leaving an estimated 250 still unaccounted for.

Chansler, who was sentenced to 105 years in jail last year, would pose as a 15-year-old boy who loved skating and go into internet chatrooms frequented by girls of the same age.

Once there, he would convince the teens to expose themselves on camera, leading them to believe it was a one-time show with someone they would never meet again.

However, using various different personas he had created – including ‘HELLOthere’ and ‘goodlookingguy313’ – he would begin threatening his victims using the pictures.

Chansler would message the girls, saying he would post the pictures to their Facebook or Myspace pages for their friends to see, or send them to their parents, unless they showed him more.

Special Agent Larry Meyer, a veteran investigator of crimes against children, said: ‘It went from what would be relatively benign pictures to fulfilling Chansler’s perverted desires.

‘To a 13 or 14-year-old girl, thinking that all her friends or her parents might see a picture of her exposing her breasts, the fear was enough to make them comply with Chansler’s demands, believing they had no better options.’

Almost all of Chansler’s victims were aged between 13 and 18. After his arrest he was asked why he chose that age group, and responded that older women wouldn’t fall for his ruse.

Having terrified his victims into silence, Chansler was able to go on operating for years, even building up folders on his computer labelled ‘done’ and ‘prospects’ to catalog his victims.

In the summer of 2008 he began messaging Ashley Reynolds, who was 14 years old at the time, through an online chatroom with the username CaptainObvious.

He said he had pictures of her topless, and demanded that she send him another one or he would post the images online.

Ashley consented, thinking she would never hear from him again, but in 2009 he began messaging again with similar threats.

This time she ignored him, but then he started texting her cell phone, details which the FBI believe he got through hacking into her social media profiles.

Panicked, she began sending him the images over the course of the next few months before her parents discovered them on her computer, and she confessed to them what had happened.

Her mother then contacted an online investigation unit who were able to link her case to another one in a different state, launching the probe which eventually lead to Chansler being arrested.

Now 20, Ashley has waived her anonymity as a victim of a sex crime to raise awareness of sextortion, and to encourage other victims to report the abuse.

The FBI is asking other victims of Chansler – and anyone with information that could help identify them – to complete a confidential questionnaire here[3], call 800-CALL-FBI (225-5324), email [email protected] or visit an FBI field office.

Thank goodness Ashley got caught by her mom and then willingly came forward so they could catch this lowlife. 250 of the girls (at least) have not been identified yet. They need to know this guy is put away and stopped. Just how many lives did this scuz ruin? Yep, it’s hard to believe that many teenage girls are foolish enough to send a personal pic to someone online they have never met. But they are kids – easy prey for a wolf like this. One naughty, foolish act that takes ten seconds has the potential to ruin the rest of your life. These girls have learned a brutal lesson the hard way. I wish the FBI happy hunting going after these cretins. 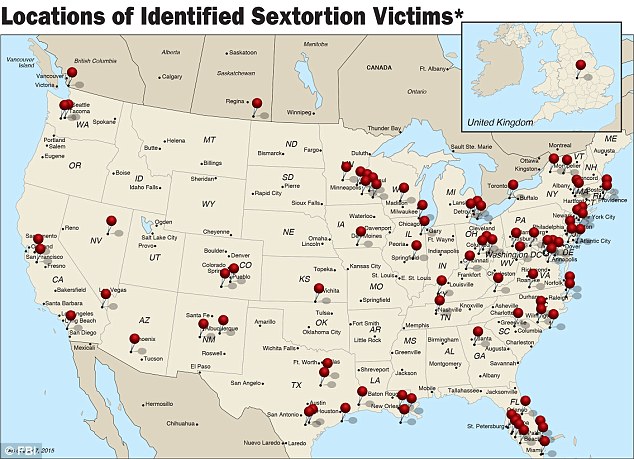 FBI agents say they have located 109 of Chansler’s victims in 26 states, as well as Canada and Britain, but are looking for at least another 250 who they say were targeted by him.