Sandra Kischuk[1], who is a self-described writer, editor and life coach, has friends who got to know another side of Donald Trump. On December 21st, she wrote a post that described it: “A friend of mine told me that he and his wife were in NYC,” Kischuk wrote. “His wife was desperate for a bathroom and when she tried to go into a hotel, the doorman refused to let her in.” Then Donald Trump, who owned the hotel, stepped in. He told the doorman to let the woman in to use the facilities. “Donald came out, noticed her, and asked if she had a problem,” she continued. “This man and his wife explained that she needed a bathroom … and Donald told the doorman that it was OK for them to go into the hotel (after all, it was HIS hotel) and opened the door for them. My friend was amazed at how gracious, compassionate and ‘real’ he was.” 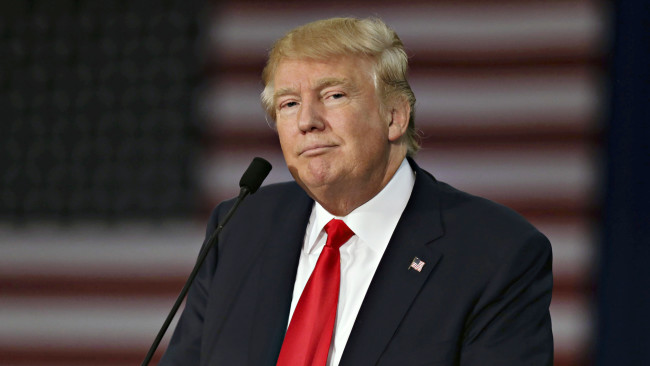 We all know the Donald Trump that gets presented on the campaign trail. Brash. Outspoken. Unwilling to bow to political correctness. We’ve also seen how Donald Trump is portrayed during the media: successful, self-promoting and unashamed to admit it.

How is he in real life, though? Sandra Kischuk thinks she knows, and in a post on Quora, she let America know just what the real Trump is like.

Who’s Sandra Kischuk? Well, she’s a self-described writer, editor and life coach. Perhaps most importantly for us, though, she’s someone whose friends had a firsthand experience with The Donald and decided to share it with the world.

Sometimes it is the smallest of gestures that indicate a person’s true nature. Trump has been known to help quite a few others… he has paid off mortgages, helped stranded motorists, helped children that needed it and on and on. There is no doubt that Donald Trump can be a very giving and thoughtful man when he wants to. At a rally, he even autographed a toddler who was dressed in Donald Trump attire. I would say the man also has a sense of humor. I always watch for the little things… the acts of kindness when no one is looking. Donald Trump can be very surprising in that regard.