Matthew McConaughey’s Commencement Speech: Don’t be Entitled, You are Not A Victim [Video]

Matthew McConaughey is one of my favorite actors[1]. Having him speak at your commencement would be incredible and he didn’t disappoint. The very first thing he laid out was life is not fair and you are not a victim. And that is something to really take to heart. Spoken like a true Texan. From what I understand, McConaughey is devoted to his craft and truly loves what he does. Now, the reminiscing on playing bongos while in his birthday suit and going on walkabout and vomiting – did it ever occur to anyone that his stories are humorous and he’s trying to relate to young graduates? His message is that life is exciting – get out there and live it! The quote about, “An honest man’s pillow is his peace of mind”… of course SFGate wouldn’t get that one. It’s far too down to earth and way too true for them to ever digest – besides, they have no idea what an honest man is or what peace of mind entails. The students loved McConaughey – you just knew they would. 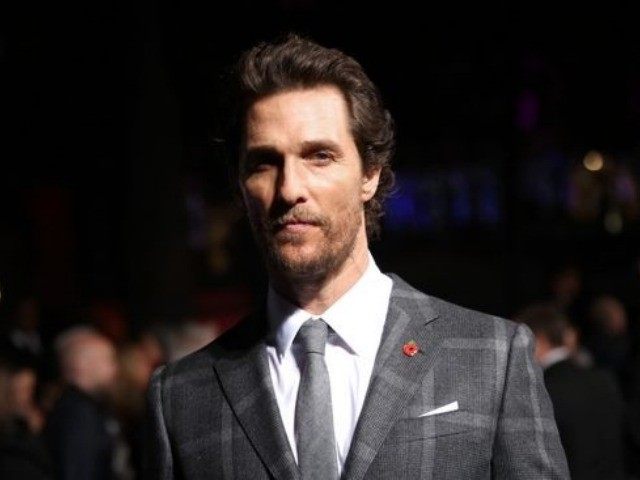 Matthew McConaughey delivered a commencement speech to the Spring 2015 graduating class at the University of Houston Friday evening.

ABC News reports[2] that while many did not know what to expect from the mega star, he was received with loud cheers and screams the moment he stepped foot on the field at TDECU Stadium.

“Congratulations class of 2015,” he began. “Life’s not fair. It never was, isn’t now and won’t ever be. Do not fall into the entitled trap of feeling like you’re a victim. You are not.”

McConaughey, who was born and raised in the Lonestar state, reminded the 4,300 graduates to enjoy the journey of life and to define their own success.

“Personally, as an actor, I started enjoying my work and literally being more happy when I stopped trying to make the daily labor a means to a certain end,” he explained. “For example, I need this film to be a box office success.”

According to SFGate[3], the speech got a little bizarre at times as McConaughey reminisced on a time in his life during which he played bongos in his “birthday suit,” and when he told the crowd that “an honest man’s pillow is his peace of mind.”

The actor also reportedly recounted a naked walkabout in Peru when he vomited and awoke the following day feeling light and free.

“The truth’s all around us all the time…Put yourself in place to receive the truth,” he said.

McConaughey, whose film was booed[4] at Cannes Film Festival the day prior, received a standing ovation from the UH class of 2015 after he told them what he thinks they should strive for.

“Let’s make it a place where we break a sweat, where we believe, where we enjoy the process of succeeding in the places and ways we are fashioned to. Where we don’t have to look over our shoulder, because we are too busy doing what we’re good at,” he said.

He continued: “Traveling towards immortal finish lines. We write our own book, overcoming our fears. We make friends with ourselves. And that is the place that I’m talking about.”

The University of Houston shelled out more than $140,000 to book McConaughey for the speech.

The actor announced[5] in April that he planned to donate 100% of the proceeds to his non-profit, the Just Keep Living Foundation[6], which strives to help high school students lead active lives.

I also admire McConaughey non-profit – the Just Keep Living Foundation. He puts his profits back into it to help high school students discover and enjoy the adventures of life – that life is worth living. Living can be a wild, enjoyable ride. But only if you get out and experience it. Life is not just work and home, it is adventure and laughter. It is walking the edge sometimes and living to tell about it. If you treat all that you do as if it is an incredible game and that there is a win in all you face, then life is something spectacular to behold. I think McConaughey got that across to these graduates. That and the fact that it is up to them – that no one can or will do it for you. If you are busy leading a full, enjoyable life – then overcoming obstacles is just one more stepping stone.