This 26 year-old mother got off too light in Missouri[1], if you ask me. She let her boyfriend anally rape her 4 month-old daughter, which would have caused her death all by itself. He then hit her in the head and strangled her to death. And the mother knew about it. She had emailed this monster that she was cool with him raping her daughter. Dear God. The boyfriend is facing the death penalty – shouldn’t this mother get the same for knowingly allowing this and being part of it? I say put both of them to death post haste. 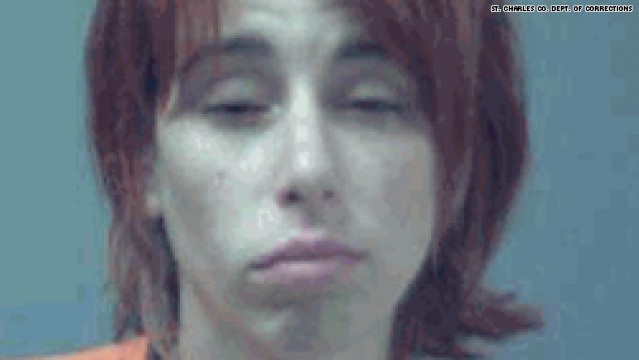 A 26-year-old Missouri mother was sentenced to 25 years in prison for the horrific death of her 4-month-old daughter.

Jessica Howell pleaded guilty on January 9 at the St. Charles Circuit Court to child abuse and second-degree murder, offenses that led to the death of Ashylnn Lilith Peters following a December 2012 attack.

According to a statement from the office of St. Charles County Prosecuting Attorney Tim Lohmar, Howell’s daughter died of injuries she received after being sexually assaulted and strangled.

Howell is accused of allowing her boyfriend, Jordan Prince, to sexually assault her daughter, knowing he had previously committed another sexual offense involving a different child, the prosecutor says in the news release.

Investigators say Howell “engaged in text communications with Prince suggesting a willingness to allow him to engage in sexual activity with Ashlynn,” according to court documents.

Ashlynn was anally sodomized and suffered a massive laceration to her rectum, authorities say.

“The injuries to her anus and rectum were sufficient to eventually cause her death even without the strangulation,” according to a criminal complaint.

The infant also suffered multiple contusions, as well as blunt force trauma to the left side of her head, causing a hemorrhage to her skull, officials say in the complaint.

Howell must serve 85% of her 25 year-sentence before she is eligible for parole, according to prosecutor Tim Lohmar.

Under Missouri law, she is required to register as a sex offender for the remainder of her natural life, the prosecutor says.

Attempts by HLN to obtain comment from Howell’s attorney have been unsuccessful.

Howell’s boyfriend faces first-degree murder, abuse of a child, and forcible sodomy charges in connection with the infant’s death.

Prince’s attorney declined to comment on his case. He is scheduled to appear in court for a jury trial in March.

I can’t even imagine the terror and pain that child went through as she was brutally raped and murdered by a demon. Jessica Howell pleaded guilty… I’ll just bet her dark Prince fights the charges, even though he’s raped a child before. He just graduated from the rape of babies, to murder. I can’t tell you the thoughts this gives me and may God forgive me for thinking them. In her photo, she looks high and totally uncaring. Howell got 25 years and should be eligible for parole in just over 21 years of that. That’s not justice and it is wrong. Shame on the judge for not finding a way to put her away forever. At least her boyfriend will get a date with the needle – too merciful for that murderous asshat in my opinion. His death should be much more prolonged and meaningful, if you get my drift.