A kindergarten student was the victim of an embarrassing food shaming that occurred at the Romeo Dallaire Public School.  Mother Elaina Daoust shared the story of how her child was told he could not eat a slice of banana bread because it had a few chocolate chips in it. The banana bread was labeled as “nut free” and it did not pose a threat to any other students with potential allergies.

The reason a school employee refused to let this child eat their lunch, that their mother packed? The school employee thought eating the chocolate chips part was unhealthy and told the student they could eat grapes instead.

The child went home confused after being food shamed[1] and the mother was livid. She could not believe that a school was forcing her child to eat something else and refusing to let her child pack the lunch that the mother provided. People work long hard hours to be able to buy food for their children, so it’s no shock that this parent was angered at the horrible decision by the school employee who was not named. 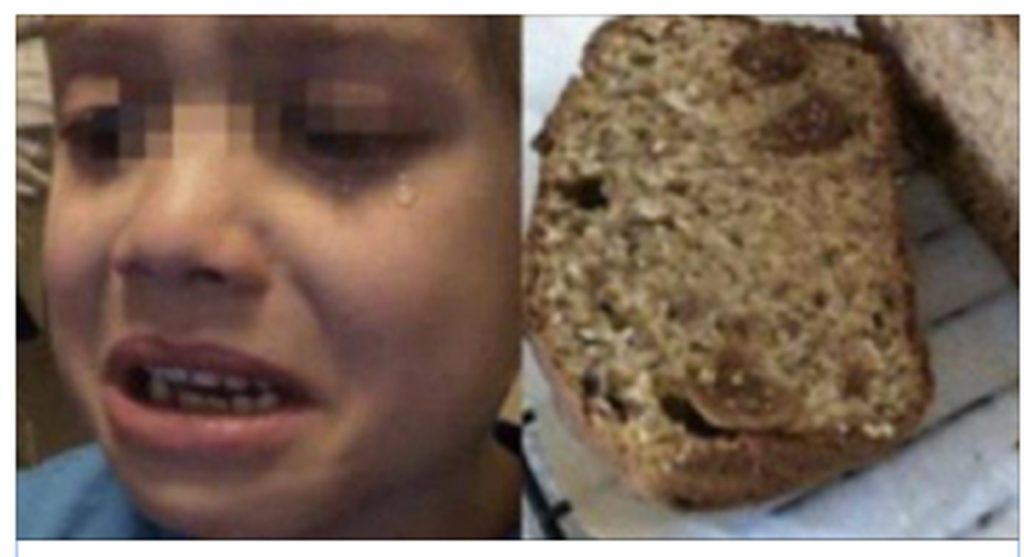 The Star reports that mother Elaina Daoust became “infuriated” when her son, a junior kindergartner at Romeo Dallaire Public School, was told he was not allowed to eat a piece of banana bread he had brought to school as a snack because it contained chocolate chips.

He was told to eat grapes instead of the banana bread.

“He came home with a chart [listing healthy snack ideas] and told me he and the teacher talked about it and healthy choices. She also sent a note to me. I was really, really, really mad for several reasons,” Daoust says.

Officials with the Durham Catholic District School Board say there is a difference between lessons on healthy eating, and telling a child what he or she can and cannot eat for lunch.

“There is nowhere in our policy or procedures that says our staff is allowed to take food away from a student,” said James MacKinnon, a teaching and learning consultant with the DCDSB.

t’s acceptable and appreciated when schools teach students about healthy eating, but what this employee did crosses a line that warrants a consequence. No school employee has the right to take away a child’s food, especially one that was packed by the parents. The only time it’s acceptable to take a child’s food is when the food poses a threat due to allergies or if the child is throwing it all over the place and not eating it anyway. Other than that, the school employees need to keep their grimy mitts off people’s food and mind their own business. Forcing a kid to eat grapes over banana bread is not how you win them over and teach them to eat mindfully.

If you want the child to eat grapes, instead of banana bread, then share some with them and see if they like them. If they do, then they’ll eat them. If the child doesn’t like them, then try another fruit. Most kids love fruit, so this shouldn’t be an issue. The real issue is a school employee overstepping their boundaries. Had this taken place in a more volatile parent, then that school employee probably would’ve been in a fist fight after school. You know how parents are with their kids. If you do the child wrong, then you better be ready to handle the parent after school and there’s no telling how a parent would react.

Some are low-key and passive aggressive while other parents might just be aggressive.

Do you think schools should take food away from children?