Oh yeah… we got a winner here, folks[1]. Even the dubious Snopes people couldn’t let this one go. This upstandingly sane individual set up a GoFundMe page and rased $43k claiming that she received a letter from a Christian neighbor telling her to not be so ‘gay’ when it comes to her yard, or she would be reported to the police. It now looks like this is yet another fake hate crime incident that is targeting Christians unjustly and is being done for simple graft. She’s a nut job AND a criminal. Dinner and a show, anyone? 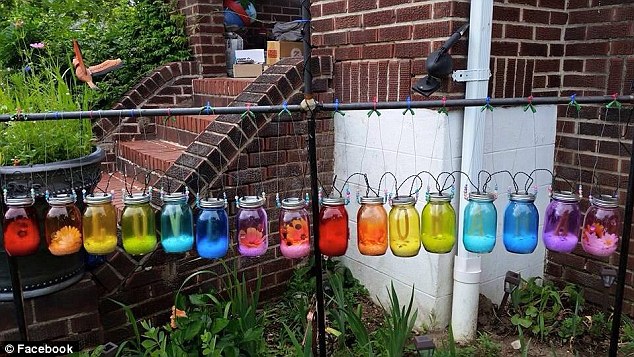 Julie Baker, a Baltimore woman who has these lamps in her yard, claimed a neighbor sent her an angry message demanding that she ‘tone it down’, but she is now accused of contriving the story.

A Baltimore mom who raised over $43,000 after claiming her Christian neighbors threatened her over her ‘relentlessly gay’ front yard has now been accused of contriving the plot as part of a GoFundMe scam.

Several discrepancies have surfaced in the story of Julie Baker, a widowed mother-of-four who lives on the outskirts of the city and identifies as bisexual.

Baker said she received a note signed by ‘A Concerned Home Owner’ that attacked her colorful yard – which used lamps to spell out ‘love’ and ‘ohana’, a Hawaiian word for ‘family’ – for ‘becoming Relenetlessly Gay!’

She then launched a campaign to make the yard ‘even more relentlessly gay’ and received $43,396 in online donations in just 14 days. However inconsistencies and suspicions have since been raised.

Baker then abruptly closed the account, saying she had raised ‘more than plenty’ of money.

At the top of the list is the fact that both Baker and the letter she allegedly received appear to feature the same improper use of capitalization.

The letter incorrectly capitalizes words such as ‘others,’ and ‘forced’.

Then, Baker capitalized words such as ‘home’, ‘relent’ and ‘hatred’ on her GoFundMe page[3].

According to Queerty[4], Baker consistently capitalizes words on her Facebook page, where she often goes on rants about Christian’s being opposed to gay marriage.

This prompted ‘myth-busting’ website Snopes[5] to start an investigation.

The site contacted the police, and a detective reportedly told them ‘that Baker was either unwilling or unable to produce the letter in question, and that she had maintained it was no longer in her possession’.

The detective also told Snopes he was unable to meet Baker the day he wanted to.

Baker then sent the site a message on Facebook denying her campaign was a hoax.

‘They have no reason to believe that I have done anything wrong or been anything but authentic.

‘They even have the long history of the various things that have happened to me since moving into my house.’

In closing down her GoFundMe from accepting donations, Baker also vaguely addressed the suspicions against her.

‘I want to humbly thank everyone for their extreme generosity,’ Baker wrote on the page.

‘Please now, take all of this good energy and help each other.

‘I just learned moments ago that I could turn off the donations, and I am doing so because I there is plenty, more than plenty, above and beyond the goal.

‘On a sadder note, the world is filled with hate and fear, as such I want to work to remove any doubt about the authenticity of the letter.

‘Until then I am not taking a dime out of this account.

Images of the letter and the lamp display, which glows at night, were posted online by a friend of Baker, and were then shared thousands of times.

She said that if she were to get enough money she would get ‘a rainbow-colored roof’.

This woman (and I use that term loosely) could not produce said letter when it was asked of her. And she didn’t have the brains to vary her writing. The letter is so obviously concocted that virtually no one – even those who would normally side with her – could accept it. But a lot of people sent her money. Oh, yes, they did. Dupes. The only hate and fear this fine specimen is experiencing is in her own warped imagination. Since the police did not arrest her, she’s probably well on her way to her next scam. She’s a liar and a thief. She has a lot of hate against Christians as well. If I were her neighbors I would be looking into suing her for defamation. I would certainly shun her, but that’s probably already occurring. I hope the police are keeping a file on her and watching her. She’s relentlessly crooked and hateful. 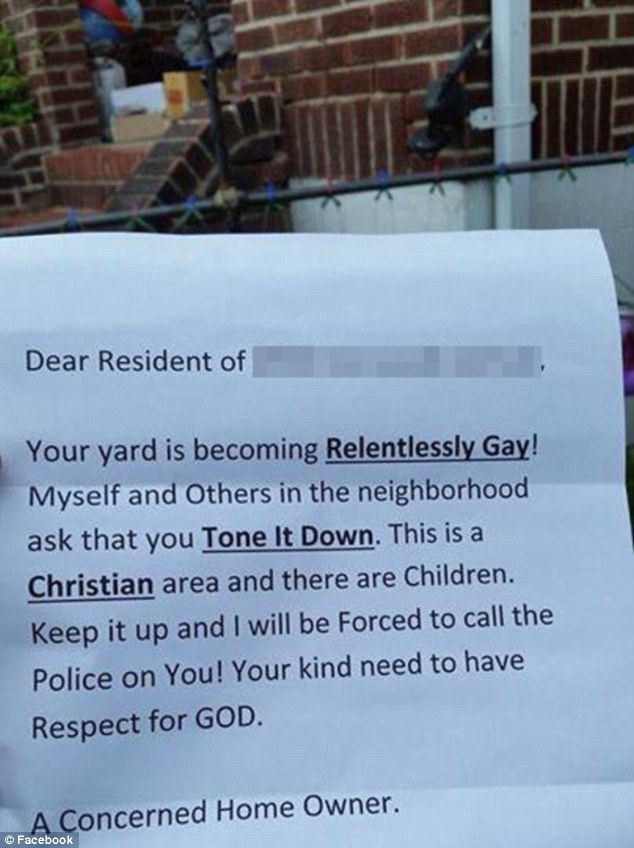 Hoax?: This is the letter Baker claims to have been sent, but comparisons have been made between it and Baker’s own writing Julie Baker vowed to make her home ‘even more relentlessly gay’ and raised over $43,000 to do so. But several discrepancies have surfaced in her story. 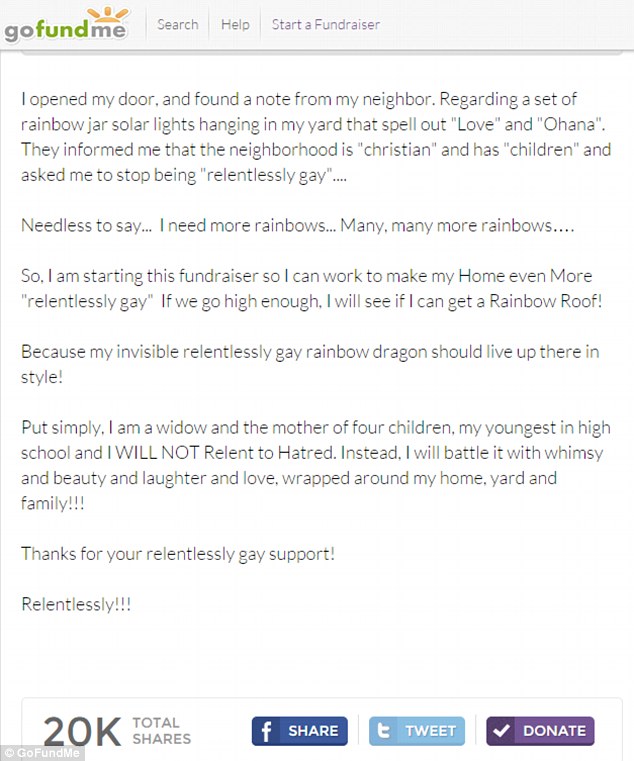 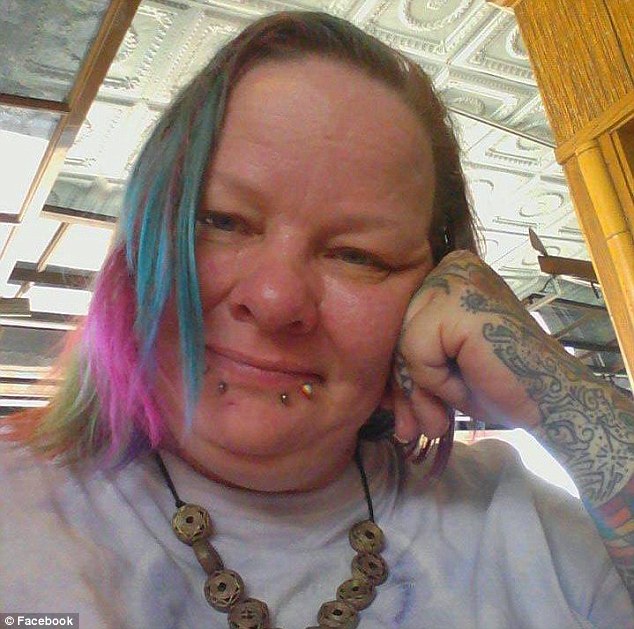