Boy, did I get it wrong[1]. Previously, I wanted to give this mother the benefit of the doubt as her other children all seemed normal and healthy and her family and friends sung her praises. Looks like she had just about everyone fooled, but the hospital staff and the authorities. Cameras don’t lie[2]. She got caught red-handed withdrawing fecal matter from her son’s colostomy bag and injecting it into his IV. Probably not to kill him, but to keep him sick. Classic Munchausen by Proxy Syndrome. This time I got it way wrong and this mother should get mental help, be locked up and all her children need to be in a safer home. 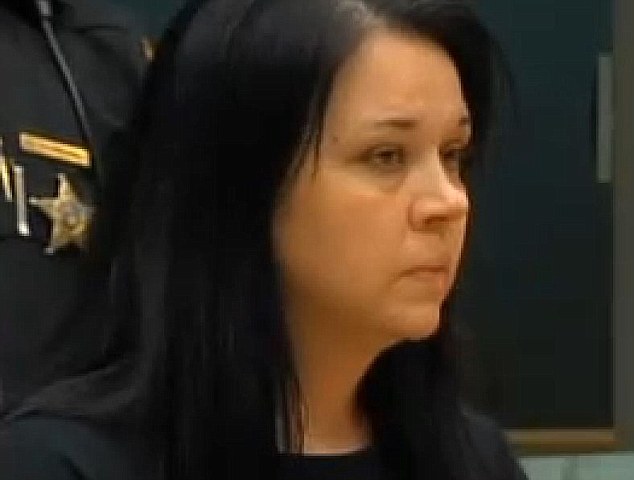 The mother was indicted Tuesday on charges of felonious assault and child
endangering with a hearing set for early February – She could face up to eight years
in prison if convicted of all allegations.

A mother is facing up to eight years in jail for allegedly endangering her sick son’s life by contaminating his IV line at a Cincinnati children’s hospital.

Candida Fluty, 35, of Kermit, West Virginia, was apparently caught on camera as she took her nine-year-old son’s colostomy bag and removed feces using a syringe.

She then injected the waste matter into the boy’s intravenous drip, which reportedly caused his fever to spike.

However, it’s thought his symptoms may have been exacerbated by Fluty, who’s believed to be a perpetrator of Munchausen by proxy syndrome.

The psychological disorder is marked by attention-seeking behavior by a caregiver through those who are in their care.

An indicator of her mental illness was apparently the fact that she openly wrote about her son’s condition on Facebook.

She was arrested on January 17 and later released from jail after posting a $50,000 bond.

She was indicted Tuesday on charges of felonious assault and child endangering. A hearing has been set for early February.

She could face up to eight years in prison if convicted of all allegations.

Following the alleged poisoning incident, Fluty’s son is in the custody of West Virginia Children’s Services but staying with an aunt.

A judge has imposed a no-contact order on Fluty.

That poor little boy. I feel awful after defending his monster mom. I can’t even wrap my head around a mother intentionally doing this for attention and money. She shouldn’t even be out on bond – a bond I thought was too harsh before, turns out is not harsh enough. They are letting a mentally deranged individual walk around. The only misunderstanding here was on my part – I was pretty gullible on this one. I am glad this boy survived the tender mercies of his mother. I’ll be happier when she is locked away where she can’t hurt other children.