Just simply horrific.[1] This poor family along with others have gone through hell. You can lay this at the feet of Obama and the Progressives. Is it any wonder Americans are furious over illegal immigration and forced refugee resettlement? They are murdering our children, our families. This mother’s tears and grief just rips your soul apart. She thanks Donald Trump for taking a stand and bringing this issue to the forefront. For standing against sanctuary cities and illegal criminal aliens. How many have to die before we stop this insanity? How many more teens have to be tortured and brutally murdered before our leaders wipe the blood from their hands and stand up for Americans? 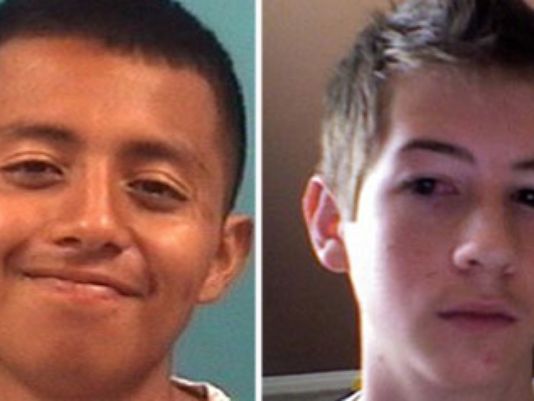 Laura Wilkerson on Donald Trump, “Whether you love him or you don’t, I felt heard.”

Laura is the mother of Joshua Wilkerson, an 18 year-old Texas teenager who was brutally murdered by an illegal immigrant[4] in 2010.

During the hearing, titled “Oversight of the Administration’s Misdirected Immigration Enforcement Policies: Examining the Impact on Public Safety and Honoring the Victims,” Wilkerson broke from her written testimony to deliver a dire warning.

“This was our family’s 9/11 terrorist attack by a foreign invader,” she said at the most pivotal point in her testimony. “It is going to take another life lost by a Senator, a Congressman, the President, even another of today’s heroes, someone from Hollywood before someone in a position moves on this.”

“My son’s name was Joshua Wilkerson,” she began. “On November 16, 2010, he was beaten, strangled, tortured until he died. He was tied up, thrown in a field, and set on fire. His killer, Hermilo Moralez, was brought here illegally by his illegal parents when he was ten years old, so he fit the ‘DREAM’ kid description. He was sentenced to life in prison, which means it will be 30 years before he’s up for parole. He’ll be a 49-year-old man, who I don’t expect to be deported. And I just hope he doesn’t come to live in your city.”…

…Wilkerson then issued a blistering attack on sanctuary city policies that provide safe harbor and anonymity for dangerous, criminal aliens who are living illegally in the United States. She said:

Sanctuary city policies scream to the criminal element of illegals in this country: ‘Come to our town USA, we’ll protect you from our terrible policemen. We’ll protect you from these tough American laws, that you — because you had a hard life — are not able to go through the same motion that an American is. It is going to take another life lost by a Senator, a Congressman, the President, even another of today’s heroes, someone from Hollywood before someone in a position moves on this. I urge you: you are in a position to do something about this for Americans.

“I thank you to Mr. Trump for getting a message out about the nation in two minutes… that countless families like my own have been trying to say for five to six years. It feels good to be heard whether you love him, or whether you don’t, I felt heard.”

The elitist politicians hate Donald Trump for making this THE issue of the upcoming election. But you can see by how strongly Americans feel about this just by how popular Donald Trump is. Americans have had enough. Ignore the American people at your own peril because it will backfire. The only ones I heard speak passionately against illegal immigration during all of this were Donald Trump and Ted Cruz. Don’t tell me we can’t secure our borders – that’s a monstrous lie. Here’s a thought for you… lock down the borders, don’t issue any more visas (especially student visas) and like Ann Coulter said, stop ALL immigration for a period of time. We should not allow anymore in until we secure ourselves, re-implement the law, vet those here, deport them and assess the damage done. Just ask Laura Wilkerson among many yesterday… we need to stop more innocent blood being shed in the name of political correctness and a Marxist agenda.