The sheriff in Brevard County, Florida[1] has a message to gun owners that some may find shocking: You are the first line of defense. If a terrorist situation arises, the only thing that may stop a bad guy with a gun, is a good guy with a gun. That’s exactly right and well said. I agree with the sheriff 1000%. You may very well have to protect yourself and those you care about in a deadly situation such as the one that occurred in California last week. This is why you should get your concealed carry permit, train and carry a weapon at all times. You might be the only one who can stop a thug and save lives in a given situation. We just don’t know where the next attack will come from or when. But we have to be ready. This means upping your situational awareness and being very vigilant. 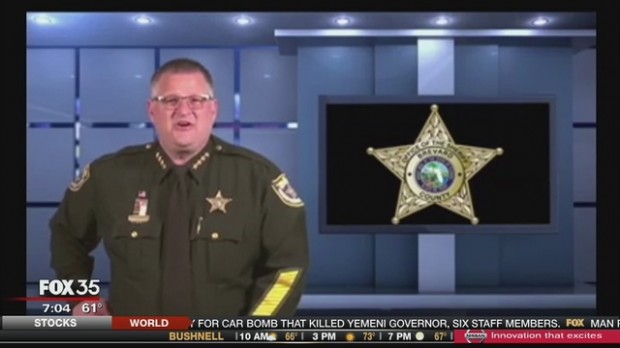 The sheriff in Brevard County, Florida, is calling on responsible gun owners to be “mentally and physically prepared” to neutralize terrorist suspects[3] as the first line of defense.

In a video posted on Facebook, Brevard County Sheriff Wayne Ivey said residents who legally carry firearms shouldn’t act as vigilantes, but should be ready to respond to threats until police can arrive.

“Let there be no mistake in what I’m about to say,” Ivey said. “The only thing that stops a bad guy with a gun is a good guy with a gun. If you are a person who is legally licensed to carry a firearm, now is a time more than ever to realize that you and you alone very well might be the first line of defense for you [and] your family.”

This doesn’t mean that you should become a vigilante. I don’t condone that. What it does mean is that you may have to meet deadly force with deadly force to save lives and/or to fend off the bad guys until the police can get there. They will not get there in time to save you if you don’t. It just won’t happen. These things go down way too fast for that to be feasible. This comes down to survival. You have to be mentally, physically and emotionally ready to confront terrorists. Sheriff Wayne Ivey is also right that we’ve had way more than enough of political correctness. It needs to stop. We need leaders who are willing to take the fight to the bad guys and fight with all they’ve got. You can visit the Facebook page of the good sheriff here[4].