Navy SEAL commits the ultimate betrayal: he stole $1.2 million from his comrades in a pyramid scheme

This is despicable[1]. That you would treat your brother’s-in-arms like this is beyond reprehensible… it’s just plain evil. Though not convicted of it, it’s alleged he beat one of his team mates with a gun that approached him about his debt, tied him up and cut off a finger with garden shears. That’s horrific. What’s worse is the way he did Steven Elias, who after 30 years will now have to reenlist, because he lost everything to this creep. He also lost his mother to Alzheimer’s and his two year-old son to cancer. As they deal with that massive debt and bottomless grief, Mullaney feels no remorse. I agree… he should rot in hell. 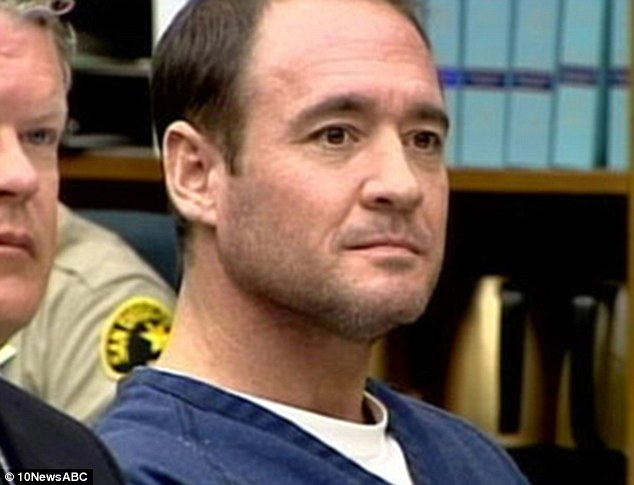 Jason Mullaney has pleaded guilty to tricking 11 of his comrades out of
$1.2 million for his own use.

A Navy SEAL faces 12 years in prison for tricking fellow servicemen out of millions of dollars to fund his luxurious lifestyle.

Jason Mullaney persuaded 11 of his SEAL colleagues and a close friend to invest $1.2 million into Trident Global Financial Holdings – a front for his own account which he used to buy a Mercedez Benz, a mansion, and run rings in Las Vegas gambling halls.

And when one asked him about the debt, Mullaney allegedly beat him with a gun, tied him up, and cut off one of his fingers, a court in San Diego heard.

Despite pleading guilty to four counts of fraud, the 43-year-old, part of SEAL Team Five until 2003, has since tried to revoke his plea and said he feels no remorse.

His plea change was denied and he will be sentenced on March 17.

The court heard how Mullaney invoked a sense of brotherhood by naming his fake business ‘Trident’, after the Navy SEAL insignia, in January 2008.

Mullaney told his ‘brothers’ he planned to give loans to small businesses in return for high interest rates, Fox News[2] reported.

He promised to return their payments, plus 24 per cent of the profit within 12 months.

However, the money never resurfaced – driving the duped investors into severe debt, while he gambled up to $70,000 a night in Las Vegas, the court heard.

Finally, in July 2012, Mullaney was charged with 35 counts of grand theft, securities fraud and tax fraud.

Describing their disgust, Mullaney’s victims told the court he is ‘the most repugnant scum on Earth’ and they hope he ‘rot[s] in Hell’.

Former Navy SEAL Alexander Sonnenberg, who lost $160,000 in the scheme, said in a statement: ‘The worst part of my experience with Jason Mullaney is the reprehensible way he calculatingly misrepresented himself to solicit former teammates that he knew would trust him as a brother.’

Navy SEAL Kevin Blackwell, who lost $10,000, said: ‘[Jason] made fools of all of us and, in the end, only looked out for his own interests.

‘He didn’t care about my daughter’s college fund or anyone else, their financial futures, impacts on their families, or their livelihood.’

The court heard one of the investors, Steven Elias, was forced to re-enlist after 30 years’ service, despite being eligible for retirement.

In 2009, after Elias invested, his mother contracted Alzheimer’s, then her house burned down, and within the year, she died.

His two-year-old son was diagnosed with a rare form of cancer in January 2010, and died 11 months later.

All the while, he and his wife Kirsten were grappling to deal with thousands of dollars of debt.

Mrs Elias told the court: ‘Our family was stricken with the worst situation any parent could possibly have to face. We are devastated beyond belief.’

According to Fox News, one of the duped men Andrew Cuevas claimed Mullaney tied him up with duct tape and cut off his pinkie finger with garden shears when he approach[ed] him about the debt. Mullaney was never charged in the alleged incident.

You can’t blame this callousness on PTSD or anything other than an absolute lack of conscience and coldheartedness. He gambled and lived it up. He stole millions from his fellow SEALs and a close friend and got nailed for 35 counts of grand theft, securities fraud and tax fraud. He’ll do 12 years for his wicked ways. Not nearly enough in my book. He betrayed a good friend and his fellow SEALs, which means he betrayed is oath. He’s scum and deserves every bit of punishment he gets. 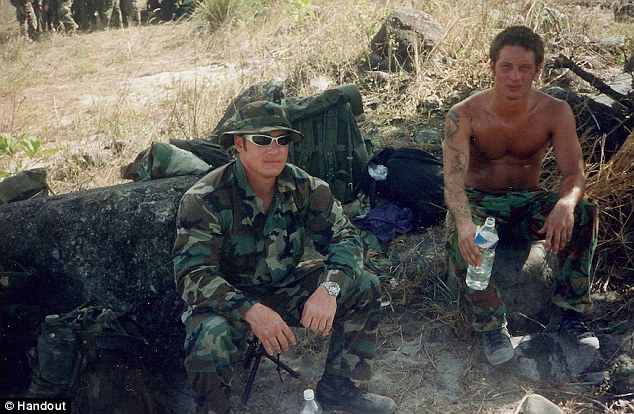 Abuse of brotherhood: Mullaney (left) served as part of SEAL Team Five until
2003. His victims said he capitalized on their sense of brotherhood and promised them
profits, but used the money to gamble.
Endnotes: