Long running and arguably the most popular show[1] on television, NCIS almost lost one of their own last night. Pauley Perrette, better known as forensic scientist Abby Sciuto, was ambushed by a violent homeless man as she walked across the street to a guest house she had just bought to meet with her architect. The encounter happened around 5 pm in Hollywood Hills. He punched her in the nose and forehead repeatedly and told her he was going to kill her. There were no specifics, but he told her how he would kill her as well. Pauley tried to humanize herself with the man, by complimenting his name. He responded by punching her again. She was in shock – he yelled at her to get the f**k out of there. So, she gathered herself and walked slowly away. The man was apprehended and Pauley will recover. I doubt that she’ll be going out alone anytime soon though. 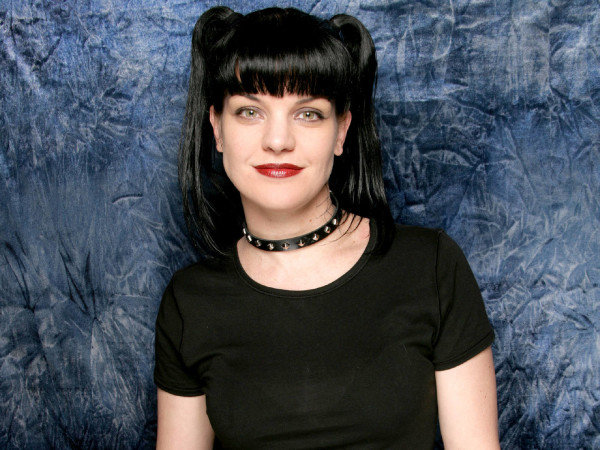 Pauley Perrette, the actress best known for her role on the TV series “NCIS,” said she was attacked by a “VERY psychotic homeless man” near her Hollywood Hills home on Thursday, in an incident that she described on Twitter and resulted in the arrest of a 45-year-old suspect.

The violent encounter occurred about 5 p.m. in the 6000 block of Cahuenga Terrace (map[3]), according to the Los Angeles Police Department.

“I was walking across my street to a new guest house I bought to meet my architect” when she was “jumped” by the attacker, Perrette tweeted[4] shortly before 1:30 a.m. Friday. He “grabbed me so forcefully, pinned my arm, punched me in the nose, forehead repeatedly telling me he was going to kill me,” she added.

“Then he showed me how he was going to kill me,” the tweet continued. “He kept repeating his name: ‘WILLIAM __, DON’T FORGET THAT!”

The 46-year-old actress wrote that she was “alone, terrified and trapped.”

“I prayed my heart out an (sic) then finally said, ‘William is a beautiful name, I have a little nephew named William,’” Perette wrote.

The man allegedly punched her again before telling her to “get the f— out of here,” after which she went into shock and collapsed on the sidewalk, she said.

According to Perrette’s written account of the incident, she then texted a nearby friend and drew a composite sketch of her assailant, who was “headed towards Hollywood Blvd with murder in his eyes.”

Her friend, a man named James, found the attacker and led responding police officers to him, the actress said.

David Merck, 45, was taken into custody on suspicion of felony battery, said LAPD Sgt. Bob Ward. The suspect, whose birthday was Thursday, was being held on $100,000 bail, according to Los Angeles County Sheriff’s Department records.

Perette, who portrays the forensic scientist Abby Sciuto on the CBS show “NCIS,” ended her written description on a note of advocacy.

“We need full mental health care. We need housing and help for the homeless,” the tweet said. “We need to support our cops. We need to not walk alone.”

“I need to heal,” she concluded. “I almost died tonight.”

Perette was obviously traumatized over all this. The man was psychotic and self-medicating. He was certainly out of his mind. I might point out if she had been armed, things would have gone much differently. The attack came out of nowhere and the guy didn’t even realize who she was. She’s an advocate for the homeless and I understand that, but she should also be an advocate for safety. Pauley is a big supporter of the police, but they can’t get there quick enough to save someone in a situation like this. That’s why we have the Second Amendment. I’m really relieved she will be okay. Things got real and fast when it happened. This is why situational awareness is so vital. Evidently this guy has done a lot bad things. Pauley was very fortunate to get out of that scenario alive.