This proves that the whole racism meme[1] is primarily nothing more than hyped propaganda from the Left intended to pit us against each other and stir up violence. These facts put a totally different spin on what occurs between white, blacks, Hispanics and cops. On average 136 cops are killed every year. And the primary killer of cops, even though they are a minority in the population, are black men. White police officers kill approximately 2/3rds more white individuals than they do black. That gives lie to the claim that police target black individuals. 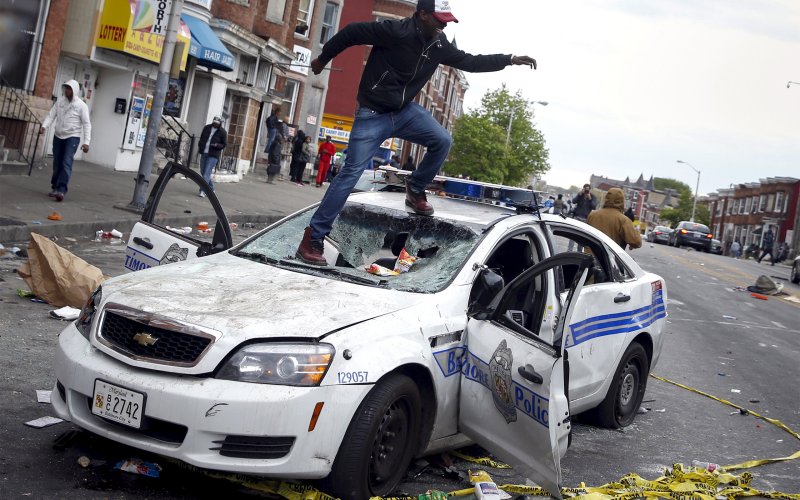 Al Sharpton and the other race baiters have done everything they can to persuade the public into thinking police hunt and kill black men in mass number. Those of us who are properly informed know that it isn’t true. According to National Law Enforcement Officers Memorial Fund[2]:

Here are the numbers:

So let’s compare the data, each year on average 96 black males are killed by white officers. That is about a third of the number of white males killed which is around 300. That fact alone disproves the race baiter’s claim that police are only targeting black men. USA Today[3] reports:

Nearly two times a week in the United States, a white police officer killed a black person during a seven-year period ending in 2012, according to the most recent accounts of justifiable homicide reported to the FBI.

On average, there were 96 such incidents among at least 400 police killings each year that were reported to the FBI by local police.

An article from National Review[4] highlights some of the data that these protesters are choosing to ignore.

“A “white” homicide victim is over twice as likely to be killed by a black than a black homicide victim is to be killed by a “white.” Sixteen percent of “white” victims in homicide incidents involving a single victim and single offender were killed by blacks, compared with only 7 percent of black victims who are killed by “whites.” Given the fact that blacks are less than 13 percent of the national population, their homicide rate against whites and Hispanics combined is vastly disproportionate to their share of the population. There were 431 black killers of “whites,” compared to 193 “white” killers of blacks. Undoubtedly a large percentage of interracial killings involve gang killings among black and Hispanic gangs; the number of non-Hispanic whites who kill blacks is undoubtedly far lower than 193. (The number of non-Hispanic whites killed by blacks is also presumably lower than 431.) Blacks are also disproportionately represented among cop killers. In 2013, blacks made up 42 percent of all cop killers whose race was known.”

Keep in mind that the FBI continues its usual practice of combining whites and Hispanics into the single category “white,” thus overstating white crime and victimization rates.

So when the liberal media tries to say that black people are the victims, they are peddling a false narrative for their own political agenda.

The shrill cries of ‘racism’ are solely a part of a political agenda – a vehicle to help realize a Progressive set of goals. That the FBI lumps white and Hispanics together is purposely deceptive and politically motivated as well. The war on police which is occurring today with riots in the streets and violence across the US is intended to lay the groundwork for the nationalization of the police forces by the government. That was the plan all along. Expect the rioting and violence to get much worse this summer as a faux American Spring takes shape and blooms bloodily across America.