Not Cool: Teens Jump Guy And Beat Him On A Train For Calling One Of Them A B**ch! [Video]

It was hard to understand what all the parties were saying and threatening in this video, but I think I can safely say[1] they are all posturing thugs. Probably gang affiliated as well. This is why most people, if they have a choice, won’t ride buses, trains or subways. You have this type of mentality on public transportation. Punks who feel they can get their violence on anywhere they choose… for the most minor of offenses. Their prey have nowhere to run or get away from them. Since when did it become cool to jump someone in public, beat and kick them just because you got called a name? Barbaric children. 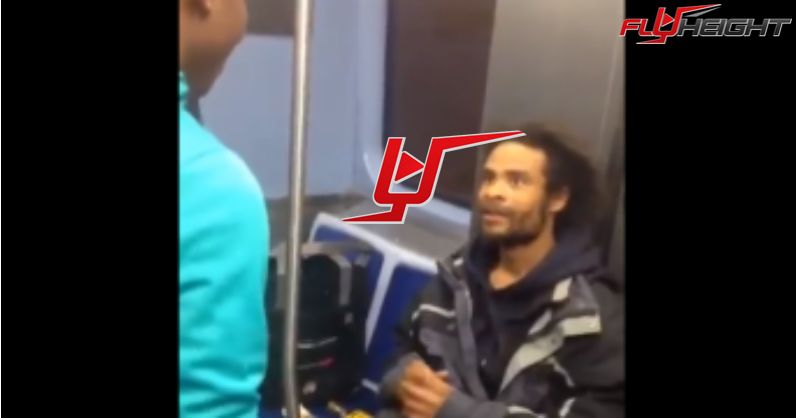 You think this makes you tough? Makes you right? Makes you some kind of alpha? It makes you a violent moron with twits for followers. A pack of animals acts better than you do – they are more civil. You back one guy into a wall and start pummeling him after getting in his face. Fortunately for him, he was able to get out from under the kicks and punches and get off the transport. I’m sure these cretins would have merrily beaten him to death if they had the chance. Hope the police see this and track them down. Barbaric animals such as these monsters belong behind bars. They are less than human and a danger to us all.