A liberal from Dallas, Texas, has just proposed that we get rid of our front lawns because lawns create global warming, or are bad on the environment, or some such thing. 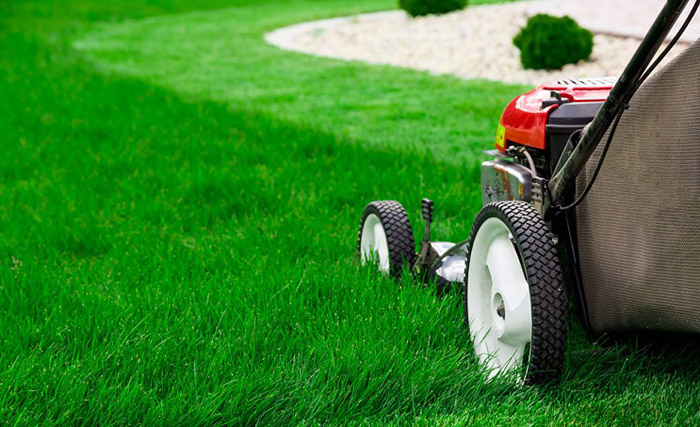 Writing for the Dallas Observer, columnist Eric Nicholson says[1] that lawns are only for “uptight jerks” and are “not healthy.” He also says they are bad for the environment.

Since the non-native grasses that compose most lawns can’t be kept green with rainfall alone, and because water and sunlight make the plant grow, lawns require intensive intervention, sucking up a total of about 9 billion gallons of water per day in aggregate and costing the average homeowners about 70 hours of labor per year. Lawns tend to be punishing for the environment as well. In addition to the ecological effects of runoff, which can overwhelm water bodies with excess levels of nitrogen and phosphorous, there’s the act of lawn-mowing itself. According to National Geographic, one hour running a gas mower can pollute as much as driving a car for four hours.

Lawns are particularly troublesome in arid cities such as Phoenix and Las Vegas, where it’s a challenge to find enough water for people to drink, much less keep a bunch of ornamental grass verdant. The water crunch in a place like Dallas is less acute, but the principles at play are the same. There isn’t nearly enough available water to sustain the population long-term without intensive conservation efforts or massive infrastructure investment. North Texans remain attached to their lawns, though recent price hikes for water may spur many to reassess the value of a green yard.

There really aren’t that many good reasons for lawns. Responding to a Wonkblog piece describing lawns (accurately) as a “soul-crushing time suck,” Turf magazine editor Ron Hall critiques the author for failing to mention “the economic value that nicely maintained lawns add to properties. It doesn’t hint at the good will and sense of civility lawns engender in our neighborhoods. But, the biggest omission in the piece is piece is its failure to mention the well-documented environmental pluses lawns contribute to our communities — capturing dust, their cooling effect, reducing runoff, etc.”

This is the mind of a liberal.