Obama Administration Says Non-Profit Status ‘Going to Be an Issue’ for Religious Schools If They Don’t Support Gay Marriage!!

Not satisfied with persecuting Chaplains in the military and trying to strip all Christian references from the ranks… not satisfied with businesses being sued and fined for refusing gay advances… not satisfied with bullying churches and nuns into offering abortions through Obamacare… Obama now turns to persecuting religious schools. If they teach that marriage is the union between a man and a woman, they will lose their non-profit tax-exempt status. It’s now time for all those that are Christian, religious leaders and pastors to proclaim, “We will not obey![1]” Long past due in fact[2]. 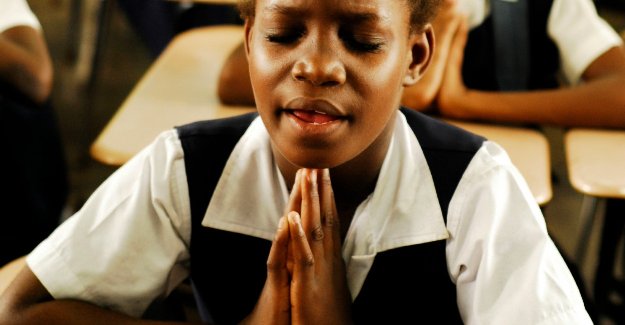 Is the Obama administration about to wage war on religious schools?

One of the more startling portions of oral arguments today at the Supreme Court[3] was the willingness of the Obama administration’s Solicitor General Donald Verrilli, to admit that religious schools that affirm marriage as the union of a man and a woman may lose their non-profit tax-exempt status if marriage is redefined.

Justice Samuel Alito asked Verrilli whether a religious school that believed marriage was the union of husband and wife would lose their non-profit tax status.

This should not be an issue. Citizens and organizations that continue to believe the truth about marriage should not be penalized by the government.

Even if the Court says that all 50 states have to recognize a same-sex relationship as a marriage, there is no reason why the government should coerce or penalize institutions of civil society that simply ask to be free—without penalty—to continue to operate in accordance with the belief that marriage is a union of husband and wife.

This line of questioning between Alito and the solicitor general picked up on a theme that Justice Antonin Scalia had started with the lawyer representing the same-sex couples suing the states.

Scalia asked about the religious liberty concerns if the Supreme Court creates a constitutional right to same-sex marriage. When the lawyer replied that we hadn’t seen many religious liberty violations in the states that have democratically redefined marriage, Scalia pounced: that’s his point. Here’s how he explained it:

They are laws. They are not constitutional requirements. That was the whole point of my question. If you let the states do it, you can make an exception. … You can’t do that once it is a constitutional proscription.

Scalia repeated himself, almost verbatim, mere minutes later: “That’s my whole my point. If it’s a state law, you can make those exceptions. But if it’s a constitutional requirement, I don’t see how you can.”

This highlights another reason why it would be wise for the Supreme Court to not disregard the constitutional authority of states to make marriage policy. Not only is there nothing in the Constitution that requires the redefinition of marriage[4], but a ruling saying that there was could create unimaginable religious liberty violations. These situations are best handled democratically[5].

Justice Scalia is absolutely right in pointing out that it should be a states’ issue to make marriage policy. It should not be constitutional as religious violations and persecutions will follow without a doubt. The government is trying to force religion to submit to it. Christians answer only to God and His teachings, not to the government and Barack Obama. To penalize churches, schools and businesses for refusing to violate their religious beliefs concerning same-sex marriage is to strip Americans of their freedom of religion – to nullify the First Amendment. This cannot stand and Christians will not comply.