Unfreaking believable![1] The arrogant hatred of this man is just mind blowing. Yesterday, Obama cracked a joke about appointing justices to the Supreme Court. Justice Antonin Scalia was just laid to rest and this bastard is cracking jokes, grinning and just being happy as can be over his death. The Obama’s spent a grand total of two minutes at Scalia’s wake and even that was disrespectful. Michelle Obama rolled her eyes, smirked and suppressed laughter while looking down. Obama suppressed smiling as well. It was disgraceful. And as predicted, the reason the Obama’s didn’t attend the funeral was because Obama went golfing. He had to end off early because of rain, but at least he’s got his damned priorities straight. What a vile man. 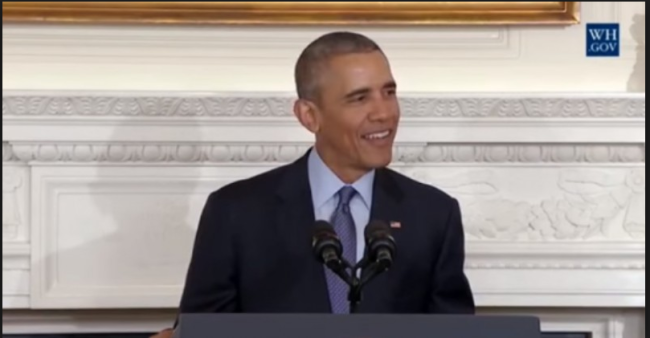 During his National Governors Association speech Monday, President Obama joked there was a lot to get done during his final days in office, including “appointing judges.”

“Some of you may be in the final year of your term, working as hard as you can to get as much done as possible for the folks you represent, fixing roads, educating our children, helping people retrain, appointing judges, the usual stuff,” the president jested, as the crowd in attendance burst into laughter.

Last week, the president was criticized after it was announced he would not be attending[3] the funeral of Associate Supreme Court Justice Antonin Scalia.

Obama is now lugging around a big, heavy book of potential candidates he wants to nominate to the Supreme Court. I contend that is all of that is for show and he already knows who he wants. We’ll see. I can’t believe someone like this has been president for two terms in the US. He has just about destroyed this country and all that we love along with it. He hates America and the Constitution, so it is no surprise he would despise a constitutional originalist like Justice Antonin Scalia. A man who was a legend on the Supreme Court and a thousand times the man Obama will ever be. During Scalia’s wake, the Obamas spent approximately 35 seconds in front of the casket and then approximately 67 seconds in front of the portrait of Scalia. According to the White House pool report, Obama spent approximately 15 minutes in another room “meeting with others.” Probably celebrating. 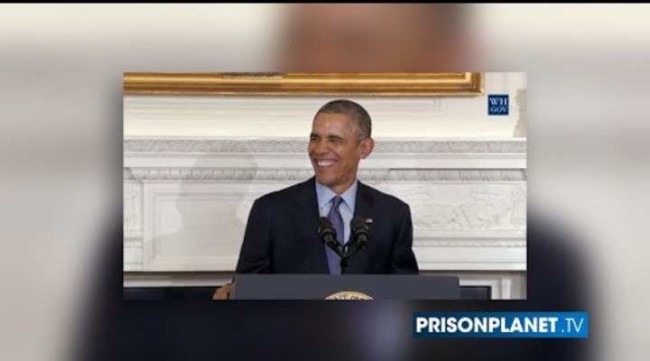