Even before Loretta Lynch was confirmed, I ranted and raved on how she would be worse than Eric Holder. Well, she’s proving me right already. Here she comes for the Second Amendment and she is on a deadline. I also warned that it was a massive mistake when the NRA agreed and pushed forward that the mentally ill should be restricted on gun ownership, because that would be used against ordinary Americans. And boy howdy… that is coming to pass as well. Now, if you have the most minor altercation at home or if you see a psychologist for anything at all, you will lose your gun rights for life. Our Constitution is being circumvented and our rights are being stripped from us. Loretta Lynch is Obama’s Terminator for Constitutional rights[1]. 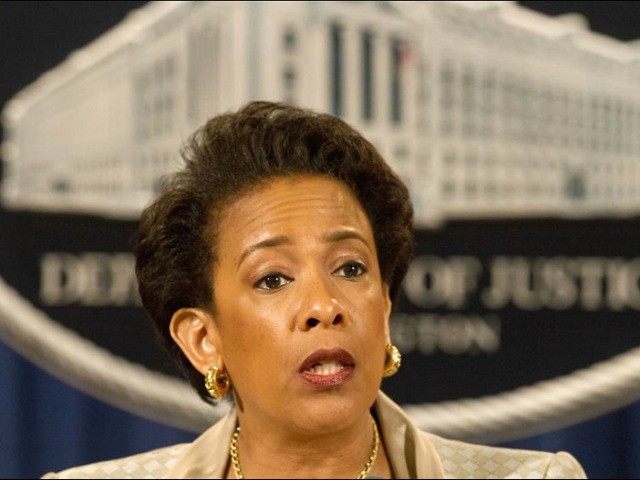 Obama’s Department of Justice is working on “more than a dozen” new gun control regulations it plans to begin implementing apart from Congress. Some of the regulations are set to be put in place by November, others simply by the end of the Obama administration.

According to The Hill[2], “the regulations range from new restrictions on high-powered pistols to gun storage requirements” and the issuance of “new rules expanding criteria for people who do not quality for gun ownership.”

Part and parcel to this new “criteria” will be an ATF-implemented ban on gun ownership for anyone “convicted of a misdemeanor domestic violence.” Gun Owners of America’s Michael Hammond warns that under this rule the person barred from gun ownership “could be [someone] who spanked his kid, or yelled at his wife, or slapped her husband.”

The new regulations will also include ATF enlargements on mental health-based gun ownership bans. Hammond summed this up by saying, “The Obama administration is trying very hard to disqualify people from owning a gun on the basis that they are seeing a psychologist.” And the NRA pointed out that because most mentally ill persons pose no threat to society, the new regulations will actually become “snares [for] masses of mostly harmless individuals.”

The NRA added: “Not only is this unjust and stigmatizing, it creates disincentives for those who need mental health treatment to seek it, increasing whatever risks are associated with untreated mental illness.”

In other words, people who might actually need some minor mental health attention may refuse to pursue it for fear of losing their guns.

The ATF is also working on “rules that would require gun dealers to report gun thefts, provide gun storage and safety devices.”

Lynch’s DOJ now has the Second Amendment in its sights.

I would recommend forgoing seeing mental health professionals at this point unless it is seriously needed. Learn to do what we all did before the ‘psychiatry’ fad and cope at home by working and finishing things that need doing. It’s getting to where we are being forced to lie if we go to a doctor over guns and we are being backed into being our own mental health healers. It will only get worse from here on out. Many, many ordinary Americans will be caught up in this and have their gun rights forcibly stripped. Gun seizures are not far off I fear. And the rest of our rights are on the table as well. This is the face of tyranny and instead of embracing it, we had better fight it. The DOJ needs a permanent vacation.