A 625-pound criminal in Jackson, Michigan who claimed that he shouldn’t have to go to prison because he was a “prisoner” in his own home was arrested and sent to prison anyway after cops caught him out driving a car. 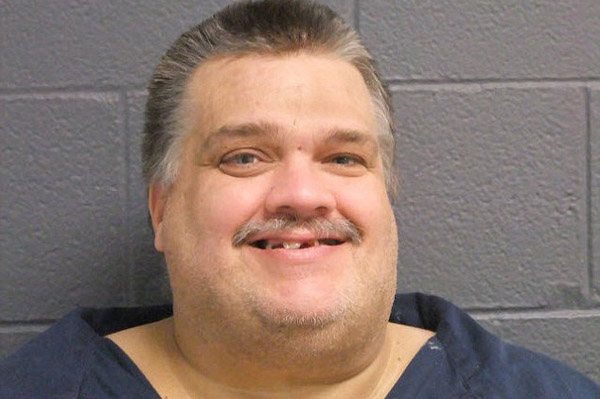 Jeffery Klein of Jackson, Michigan, was arrested for calling in a bomb threat in 2012 but claimed that he should be given home confinement because he was too morbidly obese to go to prison.

A 625 pound felon who claimed his size made him a virtual prisoner in his home and that he shouldn’t be sent to prison after being convicted of making a bomb threat was arrested by police on earlier this month behind the wheel of his car.

Jeffery Klein of Jackson, Michigan, had spent more than two years claiming that any time behind bars could put Klein at extreme risk after he admitted calling in a bomb threat at the Cedar Springs Mobile Estates on Aug. 25, 2012.

When Klein repeatedly failed to appear for court hearings his attorney maintained that his client was unable to get himself to the courtroom.

A Kent County Circuit Court judge was considering the possibility of home-based punishment after agreeing to take Klein’s plea via internet in December, reports MLive.

Then on New Year’s Day, police pulled over a car with a broken tail-light and found Klein behind the wheel.

Klein was arrested and housed at the Kent County Jail until he fell while using a walker and spent several days in the hospital prior to his January 23 sentencing.