Is this proof animals do commit suicide like humans do? A young swan is captured apparently drowning itself after the death of its mother

I am positive animals suffer from grief[1], just as we do when we lose someone we love. The loss of a parent or a mate must be highly traumatizing to all life forms. However, I had always believed that suicide was pretty much the domain of humans, who tend to overreact and over-think in regards to life-altering situations. I’ve looked at multiple pictures of the swans and I noticed that the water appears to be very polluted. It is China after all, where the EPA does not rule, the state does. The swan looks matted in oil or some kind of filth from the water. The birds could also have been sick and that killed them. I suppose it could have been suicide, but it would take a tremendous override of instinct for a swan to hold their head under water until they drowned. I just don’t think that was the case. 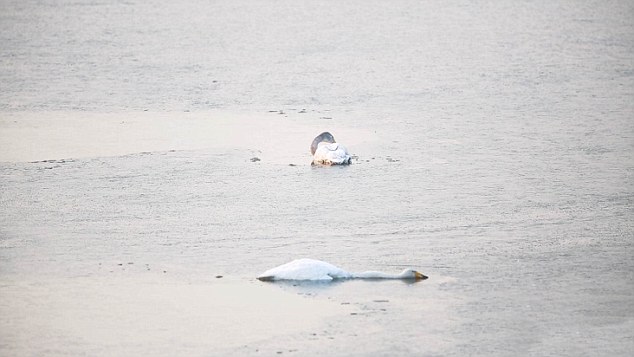 A Chinese woman captured a young swan appearing to commit suicide after the death of its mother. 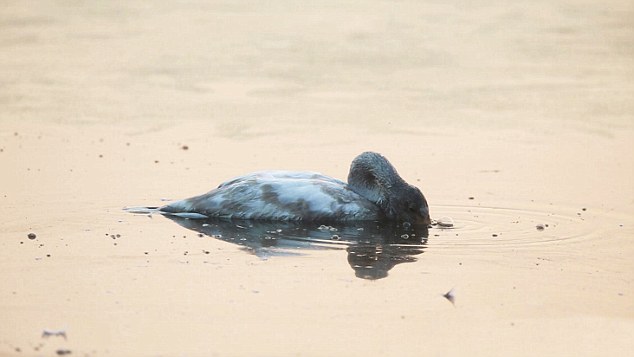 This is the moment a young swan apparently drowned itself in distress after the death of its mother.

She said she only noticed the young bird because it was making a commotion and flapping its wings in the water.

Apparently traumatised by the death of another bird, the swan stuck its head in the water, and minutes later, was also dead.

She said: ‘I looked over and saw the swan which was clearly a young animal alongside an older bird that was clearly dead.

‘She had either died because of the cold or old age but either way the young bird was very distressed.

‘Minutes later, it was dead.’

She said she had been taking photographs of the swan not realising she was capturing its death at the park lake in Sanmenxia, in Central China’s Henan province.

But examples date back to 1855, when the illustrated London News reported a dog had thrown itself into the water to drown and had repeated the action several times until passers-by finally allowed to sink.

There have also been numerous cases of ducks apparently drowning themselves after the death of a mate.

Illnesses such as Rabbit Fever have been known to make animals commit acts that look like suicide that are in fact a response to the illness itself. The sickness can cause a high fever and mental instability that causes erratic, suicidal-type actions. In reality, the animal is so sick, they lose their mind and go into one kind of frenzy or another before dying. That’s not to say the loss of a mate would not cause an animal to die – I believe that happens from time to time. But it is very rare. I would look to the environment and illness first. In fact, they should look into this as the cause of death is suspicious here. It is very sad to see such beautiful creatures die, however it happened.