Rap singer Nelly has become the first US performer to fly overseas and perform a concert for those soldiers fighting against the ISIS terror forces in Kurdistan. 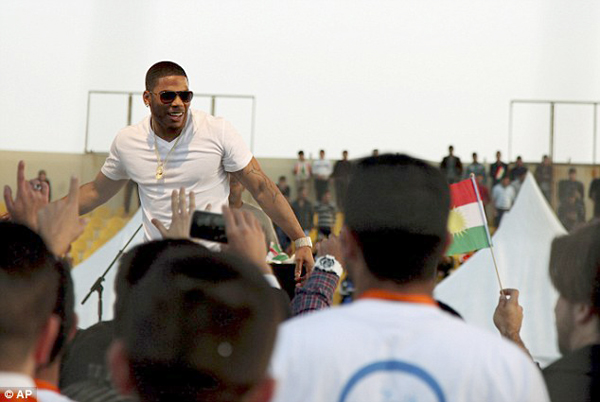 “It was all part of a charity concert put on by the Rwanga Foundation, a non-profit created to help those in the area,” the Daily Mail reports[1], “and in a press release the group claims that Nelly is now ‘the first American artist to perform in the city’s 8,000 year old history.””

The concert was organized to ‘promote peace and bring hope to those who need it most’ while also raising money for ‘those impacted by the recent conflict in the area.’

The concert was originally supposed to be headlined by Akon it seems, and the rapper made an announcement he would be going over last month according to Newsweek, but it seems he dropped out for unknown reasons.

Well, I am no rap fan, but good for Nelly!!! He is pretty brave to do this, I think.