It breaks my heart and soul[1] to watch the grief of these families and to know these wonderful people were taken far too early and in the midst of Christian worship. What an evil, vile thing to do – sitting in on a prayer meeting for an hour, then kill everyone you can. Roof spared one woman and told her to tell everyone what he did. A five year-old survived by playing dead. Roof reloaded multiple times and mercilessly mowed them down. He almost didn’t do it, because they were so ‘nice’ to him. What a demonic psychopath. I understand his other preferred target was a college. This dirt bag should be summarily executed – I know the Christian thing to do is forgive him, but there are humans that are irredeemable and you don’t come back from something like this. These families are far better people than I am and far more forgiving. 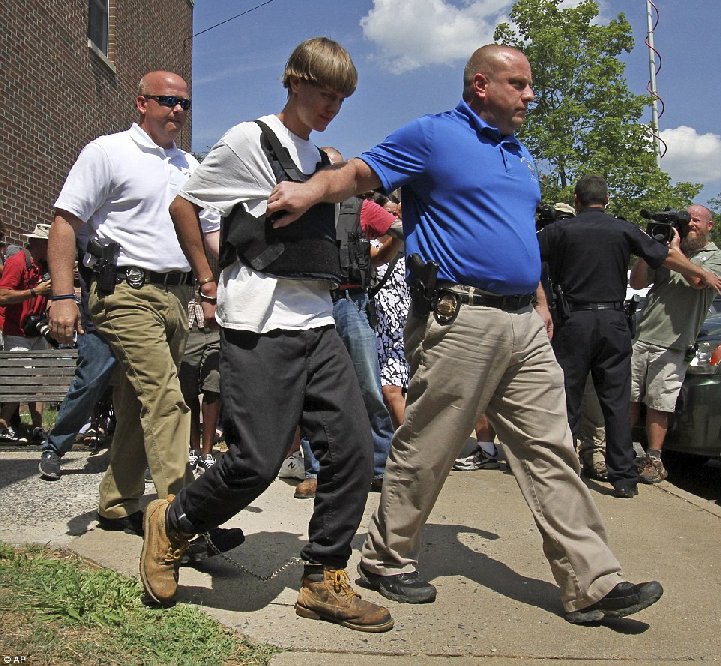 Relatives of the victims gunned down in the South Carolina church massacre told the killer that they forgive him in heart-wrenching statements during his first court appearance today.

‘You hurt me, you hurt a lot of people but God forgives you. And I forgive you.’

The 21-year-old man, who is being held in the Sheriff Al Cannon Detention Center in North Charleston, has been charged with nine counts of murder and possession of a firearm during the commission of a violent crime. It emerged on Friday that he shot all of his victims multiple times.

His bond was set at $1 million for the weapons charge but his lawyer accepted no bond arrangements for the other charges.

Dressed in a prison jump suit with his hands cuffed behind his back and looking vacantly ahead, he only spoke to confirm his name, age and to say that he was unemployed. He stood silently as members of the victims’ families stepped forward to speak about their loss.

‘I forgive you, my family forgives you,’ Anthony Thompson, a relative of Myra Thompson, told him. ‘But… take this opportunity to repent. Repent. Confess. Give your life to the one that matters the most – Christ – so that he can change you and change your ways no matter what happened to you, and you’ll be OK. Do that and you’ll be better off than you are right now.’

The mother of 26-year-old Tywanza Sanders accused Roof of killing ‘some of the beautiful-est people that I know’ after they welcomed him to church ‘with open arms’.

‘Every fiber in my body hurts and it’ll never be the same,’ she said through tears. ‘Tywanza Sanders was my son, but Tywanza was my hero.’

The sister of DePayne Middleton-Doctor, 49, added: ‘DePayne taught me that we are the family that love built. We have no will for hating… May God bless you.’

Chief Magistrate James Gosnell told Roof that his next court appearance will be in October, followed by another appearance in February next year.

Following his court appearance on Friday, the Roof family released a statement – its first – through his public defender, saying they extended their ‘deepest sympathy and condolences to the families of the victims’.

‘Words cannot express our shock, grief and disbelief as to what happened that night,’ it continued. ‘Our thoughts and prayers are with the families and friends of those killed this week.’

Storm, who is white, had previously confessed to murdering the nine black churchgoers at their weekly bible study meeting, telling investigators that he wanted to ‘start a race war’. He was unrepentant as he told cops he wanted everyone to know what he had done, officials told the Washington Post[3].

He also revealed that he ‘almost didn’t go through with it because everyone was so nice to him’, sources told NBC News[4], but he ultimately decided that he had to ‘go through with his mission’.

After shooting dead the victims he ‘uttered a racially inflammatory statement’ to a survivor, according to the affidavit.

His roommate has also said that Roof had been planning the attack for six months, and had wanted to start a ‘civil war’ before killing himself. Another friend said Roof complained that black people are ‘taking over the world’ and said someone to do something about it for the sake of ‘the white race’.

According to Roof’s manifesto, he not only hates blacks, but Jews as well. He’s just full of hate, rage and insanity. I wonder if his idol is Charlie Manson? He’s evidently a druggie and highly disturbed. Court records reveal that a February drug charge cited Roof’s possession of methamphetamine, cocaine and LSD. I’ll bet he was jacked up before he carried out his mission. Wonder who his comrades-in-arms were? You can bet he had buds on the Internet. But regardless of how much Obama would like to make this a platform for gun control, that wouldn’t have mattered. Criminals get guns whether they are legal or not and he could have always used explosives. Roof is unrepentant and proud of himself. His execution should be expedited. 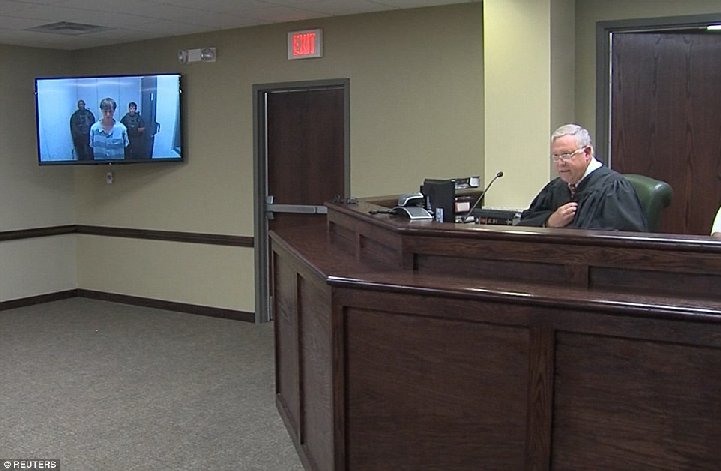